Please ensure Javascript is enabled for purposes of website accessibility
Log In Help Join The Motley Fool
Free Article Join Over 1 Million Premium Members And Get More In-Depth Stock Guidance and Research
By Jennifer Saibil – Aug 3, 2021 at 6:20AM

A balanced portfolio offers you the best shot at wealth.

A $10,000 stake is a tidy sum to invest in the stock market, and one that could multiply over time to create serious wealth. How much wealth depends on several factors, chief among them how long you hold on to your stocks. The longer you do that without selling, the more time your stocks have to appreciate. For example, look at how much the S&P 500 has gained over the last five and 10 years: 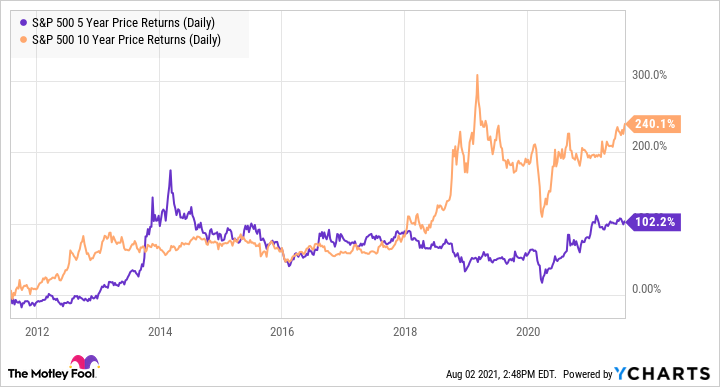 As you can see, leaving your money in the market for double the time more than doubled the results. Investing in the S&P 500 is a great way to safeguard your funds, and I would suggest that in addition, you invest some of your $10,000 in growth stocks that have a chance of beating the market in the long term. In that regard, two of my favorites are MercadoLibre (MELI -3.18%) and Fiverr International (FVRR -2.56%).

Mirroring the market to make money

That's more than great alliteration. It's one of the best paths toward wealth. It's not easy to beat the market, so much so that according to the latest results from the S&P Dow Jones Indices, 75% of actively managed funds underperformed the S&P 500 index over five years.

To get some definitions out of the way, the S&P 500 is an index of some of the largest companies that are tracked by S&P Down Jones Indices. Companies are assessed mostly based on market capitalization, profitability, the percentage of shares available on the market, and the amount of assets in the U.S. It includes major companies in various sectors such as Apple, Amazon, and JPMorgan Chase, and offers a snapshot of the markets at a given time.

Investors can put their money in an index fund directly through the management company, or you can choose to buy ETFs (exchange-traded funds), which trade like shares of a stock on the market and follow the same concept. Vanguard is the leader in both types, it even has its own Vanguard S&P 500 Index ETF (VOO -1.58%).

Opting for one of these choices allows you to easily diversify your holdings without actively picking a large portfolio, which shields your holdings from the risk associated with putting all of your eggs in one or two baskets. Also, because it's not actively managed, you don't pay a lot in fees. It's a no-brainer for beginner investors, or any investor who wants to benefit from passive investing in the stock market. 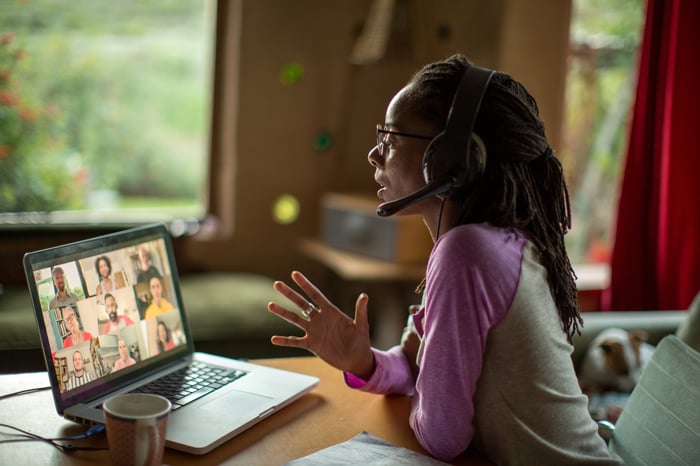 Latin America comprises about 30 mostly Spanish-speaking countries with different currencies and the need for their own e-commerce and payment systems. MercadoLibre (which means "free market" in Spanish) is based in Argentina and offers these services in 18 countries, where it's the leader in each one. It's the largest e-commerce and digital payments company in its region.

Unique active users grew 61% to 70 million, but that's a drop in the bucket of the total Latin American population. The company's fastest-growing and most developed market is its home base of Argentina, but the Brazilian population alone, which represents a population of more than 200 million, is its largest revenue driver, contributing more than half of total revenue.

Many Latin American countries are behind the curve on adopting digital payments, which means there is a long growth runway for MercadoLibre, and many gains to be had for shareholders. 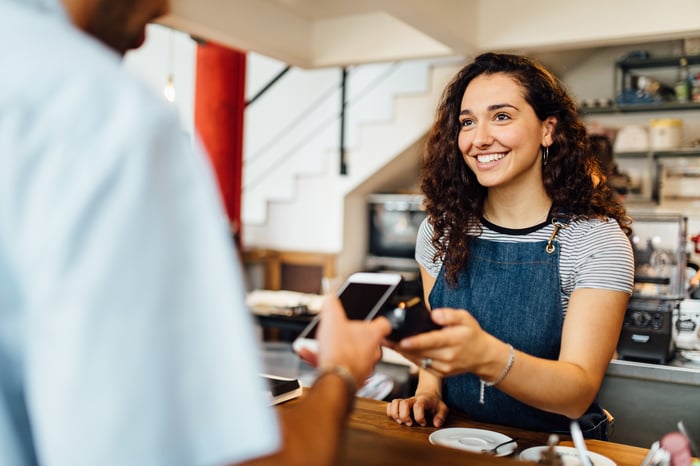 A better way to outsource work

Fiverr is a platform that connects freelance workers and clients. It was a growing company even before the pandemic, but tailwinds from the work-from-home trend have put it on the map. There's no going back, and in 2021's first quarter, the company posted a 100% year-over-year sales increase to a record $68 million. Other notable achievements were a 56% increase in active buyers to 3.8 million, a 10 basis-point improvement in take rate to 27.2%, and a 22% increase in spend per buyer to $216.

But confidence in a stock is about future potential, not past performance. And Fiverr has plenty. It's launching new job categories and expanding its business program, as well as offering new services in subscriptions. All of that should drive organic growth, in addition to attracting new customers.

The company sees a $115 billion addressable market across its various categories, of which it commands a tiny fraction. It notes that the vast majority of freelance work still happens offline, which gives it a robust opportunity to take more of that onto its platform.

Fiverr and MercadoLibre are both high-growth stocks that are fairly sure bets to reward investors for many years, and they're a great complement to a value-oriented portfolio.

This disclosure was generated by hand.