Two analysts boost their price targets on Nvidia ahead of earnings.

Shares of Nvidia (NVDA -1.51%) climbed by as much as 2% on Tuesday morning after a couple of Wall Street analysts raised their price targets on the company. As of 11:15 a.m. EDT, the stock had reversed course and was down by 2%.

J.P. Morgan analyst Harlan Sur reiterated an overweight (equivalent to a buy) rating on Nvidia stock, boosting his price target from $176 to $215. All of Nvidia's operating segments are performing well, and Sur argues that the stock's premium valuation is justified. 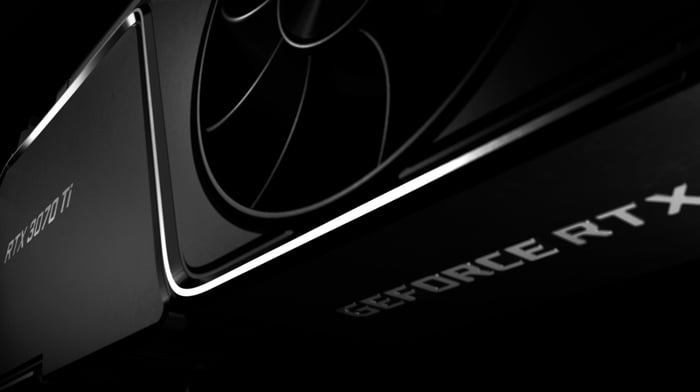 "While the first half of the year is typically seasonally weaker than the second half, we expect solid demand in PC gaming to be a strong revenue driver for the company, offsetting personal computer [sales], which is in secular decline," the analyst wrote in a research note.

BofA Securities similarly maintained a buy rating as analyst Vivek Arya raised his valuation estimate from $225 to $250. Arya notes that Nvidia shares have rallied meaningfully in recent months, which could lead to greater volatility after the company reports fiscal second-quarter results later this month. Additionally, the company's exposure to cryptocurrency trends may add to the volatility. Nvidia is also facing some tough comparisons as revenue growth last year was amplified by the Mellanox acquisition.

Nvidia is scheduled to report quarterly results on Aug. 18. The company's outlook calls for revenue of $6.17 billion to $6.43 billion, while Wall Street analysts are looking for $6.32 billion in sales.

"We consider it possible for the initial stock reaction [after earnings] to be negative, but we believe solid long-term fundamentals will eventually prevail to create an enhanced Buy opportunity," Arya wrote.