Owning and operating malls is a hard business, and the efforts to contain the coronavirus pandemic in 2020 made it even worse. Three mall real estate investment trusts were even forced into bankruptcy court. Simon Property Group (NYSE:SPG) managed to avoid that fate, and now that its malls are open again the question for many investors is whether are not the worst is over yet. There's an easy answer and a hard one. Here's what you need to understand about Simon today.

The tough economy clouds are lifting

Simon's malls were temporarily shut down at various points in 2020, causing all sorts of problems for the real estate investment trust (REIT). For example, it ended up suing key tenants that decided not to pay rent, and it cut its dividend by nearly 40%. Although occupancy didn't fall off a cliff, it took months for consumers to start heading to the malls again. But roughly halfway through 2021, it looks as if Simon has, indeed, turned a corner. 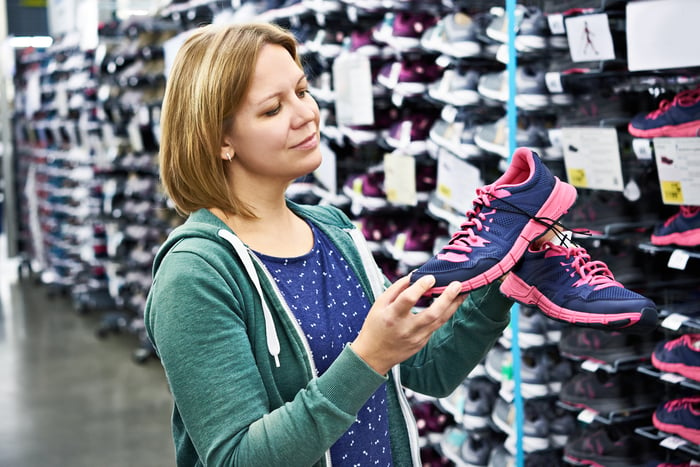 The good news actually began with first-quarter earnings. The company was so pleased with its results that it increased guidance for the rest of the year. But the really important nuance was that, as highlighted during Simon's 2021 first-quarter earnings conference call, the low end of its projected funds from operations range was increased more than the high end. It was a very big difference, too, with the low end improving by $0.20 per share and the high end by just $0.05. Reading into that just a little suggests that the mall REIT believed the worst-case scenario was increasingly unlikely. And, shortly after the earnings release, Simon upped its dividend by nearly 8%.

Simon recently reported second-quarter earnings, and once again it had a solid quarter. However, the bigger takeaway was that the mall landlord again increased its FFO guidance. This time both the top and bottom of the range increased by the same amount -- a dollar per share. Now, to be fair, there's a one-time item in the mix that helped boost second-quarter results, and will have a similar benefit for the full year, but it was only worth $0.32 per share. One quarter doesn't make a trend, but Simon has now strung together two good quarters. And the REIT increased the dividend by another 7% or so. It really does look like the worst is past.

There's only one problem with this view of things. Prior to the pandemic, Simon and its mall peers were dealing with the so-called retail apocalypse. While many attribute this to the ongoing shift toward online shopping, it was and is a much bigger issue. Simplifying things, retailers that have fallen behind customer trends (from fashion choices to online shopping preferences) have been closing stores. And retailers that added high leverage on top of other problems have fallen into bankruptcy.

The obvious solution in most cases is for retailers to close their weakest locations. That puts particular pressure on lower-quality malls, many of which could end up closing forever. But Simon tends to own better malls in wealthy areas with sizable populations. While it, too, is dealing with store closures, the shakeout in the mall space is likely to leave it a long-term winner. Simply put, the malls that manage to survive the retail apocalypse will be more desirable to tenants and consumers in something of a reverse network effect.

The shaking out process, however, is still playing out. Yes, the pandemic sped things up greatly, but re-tenanting empty mall space takes time. It's also a process that has to be carefully curated, lest you diminish the attractiveness of a mall by bringing in less desirable tenants just to fill empty space. Or, just as bad, you ink bad deals with better retailers and are stuck with sub-par returns until the leases roll over again. So in the end, the pandemic hit appears to be in the past, but Simon still has plenty of work ahead of it, and the mall landlord needs to take the time to ensure it makes the right choices -- even if that means a slower recovery.

After the second dividend increase in less than a year, Simon looks like it is surviving the coronavirus hit better than any of its peers. For most investors looking at the mall space, it is probably the best pick. And that remains true even as it continues to deal with the occupancy stress from the retail apocalypse, a headwind that existed before the pandemic and will continue to be an issue after it.

So if you are wondering if the worst is over, the answer isn't a clear "yes" or "no." The situation is complex and there are overlapping issues here. But things are definitely looking up.