The owner of Kartoon Channel! continues to suffer from growing pains.

Children's entertainment and media company Genius Brands International (GNUS 2.33%) saw its stock price fall 14.7% in July, according to data provided by S&P Global Market Intelligence. It trailed the S&P 500, which gained 2.3% in July, and the S&P SmallCap 600, which was down 2.4%. 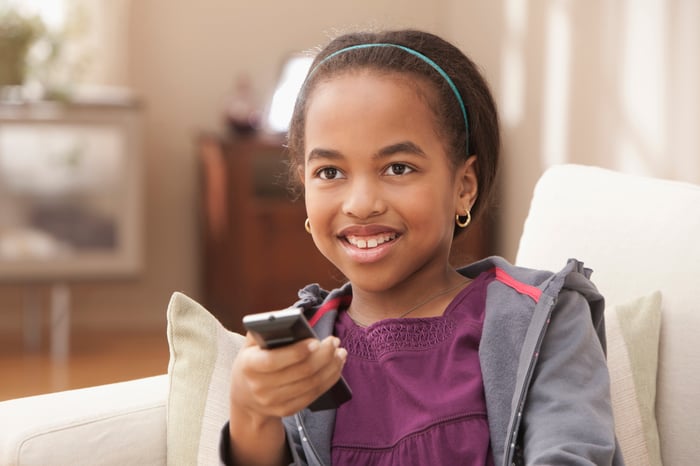 For such a small company, there's been a lot of buzz around Genius Brands, which runs the free video-on-demand Kartoon Channel! -- dubbed by some as the "Netflix of kids TV," without the monthly fee. The stock skyrocketed to over $8 per share last summer after the launch of the channel and then came back to earth and has remained in this range, save for a spike in March when it jumped to over $2.50 per share.

There's a lot of potential here, as the channel has developed some good content and has brought on some big names, including the late Stan Lee, with the rights to his non-Marvel characters (ones you've never heard of); Arnold Schwarzenegger; and Warren Buffett, the inspiration for the series Warren Buffett's Millionaires Club.

Its series Stan Lee's Superhero Kindergarten, starring the voice talents of Schwarzenegger, who produces the show, has been a hit, with over 40 million views since its April launch. Rainbow Rangers has also been successful, picked up on various platforms outside of Kartoon Channel!, including Netflix, Amazon Prime Video Direct, HBO Max, Nickelodeon Latin America, and China's largest broadcaster, CCTV, to name a few.

A lot of the company's success has stemmed from these high-profile partnerships and the press around them, but it hasn't had the profitability to back it up yet and that keeps investors at bay.

The first quarter saw revenue increase by 218% to $1.1 million, buoyed by the acquisition of public relations company ChizzCom Beacon Media, which closed in February. Revenue from licensing and royalties was down 16% while television and home entertainment revenue was up 59%. But overall, it had a loss from operations of $6.7 million, up from $1.7 million a year ago.

At this point, Genius Brands is speculative. It takes a while to build a brand, especially in a competitive field like children's entertainment. The company is still spending and investing a lot more than it makes but investors should watch those quarterly reports to see if those investments start to pay off.