The cruise line company released its second-quarter numbers and investors were not thrilled. 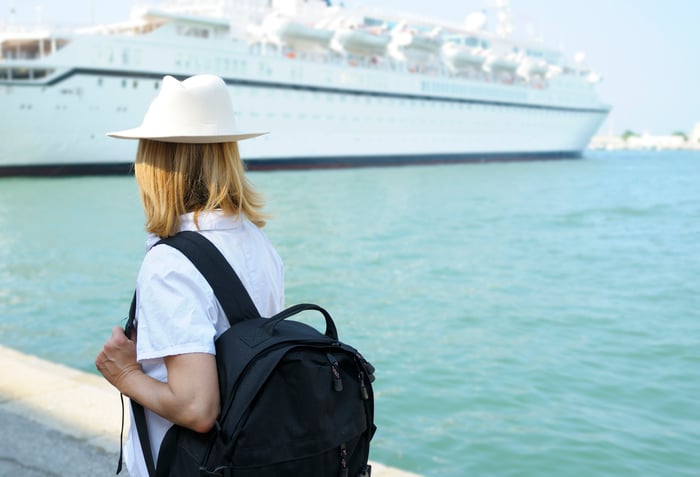 The slump can be attributed to the release of the company's second-quarter report, which concerned investors for several reasons. First, the company gave somewhat cloudy guidance for the remainder of the year, saying it expects a net loss in the third quarter and for the rest of the year, but declined to actually forecast numbers.

Those numbers represent an unpleasant surprise as forecasts had called for a drop of $4.35 a share and sales of $152.4 million.

That shows the company has a long way to go, but there were some positive numbers. Royal Caribbean just began sailing again in the U.S. in June and it said that bookings were up around 50% in the quarter, sequentially, and by June, it was getting 90% more bookings each week compared to the first quarter.

The big wild card for Royal Caribbean and the entire cruise line industry is the impact of the COVID-19 delta variant. The Centers for Disease Control's seven-day moving average of daily new cases was at 66,606 on Wednesday, up 64.1% compared to the previous seven-day average.

While the delta variant could definitely hinder the company's near-term bookings, it's important for investors to keep an eye on the long term. If bookings continue to rise, particularly for 2022, much-needed revenue will pour in, allowing Royal Caribbean to pay down its debt. It said it expects to pay between $265 million to $270 million in interest in the third quarter.

There appears to be pent-up demand for cruises, and whenever customers fully feel comfortable again, business is likely to surge. The company announced Wednesday that it expects 36 of its ships to be under sail this month, 60% of the company's capacity, with its full fleet to be sailing by next spring.