Please ensure Javascript is enabled for purposes of website accessibility
Log In Help Join The Motley Fool
Free Article Join Over 1 Million Premium Members And Get More In-Depth Stock Guidance and Research
By Neil Patel – Aug 5, 2021 at 9:15AM

After a slow first half in 2021, shareholders need to focus on the long term.

Investor fears about Netflix's (NFLX -1.53%) future subscriber growth are very real. After a monster year in 2020, the company added just 5.5 million members in the first six months of this year. And the stock, a big outperformer over the last decade, is up only 4% in the past 12 months.

But forecasts from MoffettNathanson, a research firm, indicate user growth is actually going to accelerate over the next five years. Netflix bulls, rejoice. It appears that the streaming entertainment pioneer's expansion days are far from over. 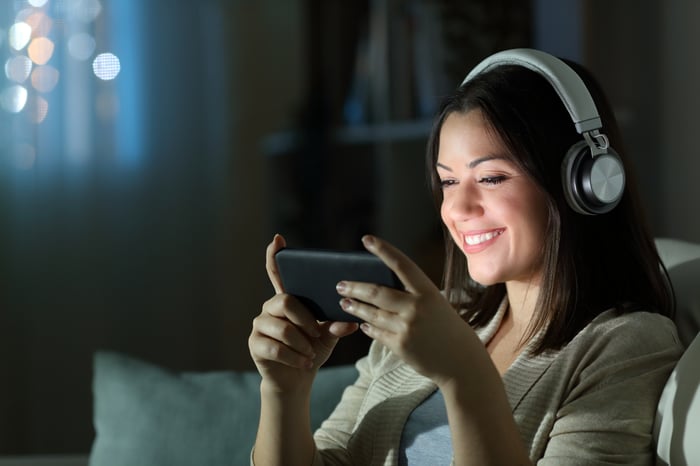 Netflix is certainly dealing with a hangover after its performance in 2020. In the most recent quarter, the business lost 430,000 customers in the lucrative UCAN (U.S. and Canada) region, something that hasn't happened in two years. Concerns about saturation domestically, particularly with increased competition from the vast number of new services out there, mean future gains will probably come from overseas markets.

Based on MoffettNathanson's projections, Netflix will add 30 million subscribers next year after it adds 20 million in 2021. And the growth will accelerate. Through 2025, Netflix could see its total membership count exceed 360 million, a huge surge from the 209 million it currently has.

Of the $7.3 billion in revenue Netflix generated in the second quarter, 55% was derived outside the U.S. and Canada, a figure that has been steadily rising over the years. Excluding UCAN, 2 million subscribers joined the service in the three-month period. And most of the future expansion for Netflix will come specifically from Asia (but not China, where the service isn't available).

This is definitely not a surprise. Co-CEO Reed Hastings previously mentioned that India could produce 100 million customers over time. A country with nearly 1.4 billion people that could have 900 million internet users by 2025 is a massive opportunity. Netflix launched a low-cost mobile-only plan there in 2019 and will spend even more than the $400 million it spent in 2019 and 2020 to produce 40 local shows and movies over the coming year.

Japan is also important for Netflix's ambitions in Asia. Media Partners Asia, a consultancy, believes that the country will become the largest revenue generator in the Asia-Pacific region for the company this year, surpassing Australia. Netflix's ability and willingness to produce high-quality, local-language content is propelling it in markets far from home.

Investors worried about recent slowing membership growth need to consider the remarkable potential overseas. Not only is Netflix focusing on productions tailor-made to a specific geography, but some of its hits, like the Spanish series Money Heist, have universal appeal. Compelling stories transcend borders and language barriers, something Netflix is banking on as it looks toward the future.

What's this mean for investors?

Let's be clear: Wall Street firms often make forecasts that end up being wildly incorrect. What happens with Netflix's subscriber numbers is really just a guess. What does seem apparent with each passing quarter is that growth outside UCAN will be key to it becoming a truly global media business.

I hope I've relieved some concerns about Netflix's prospects. As previously mentioned, the stock has been a dud since last summer. Shrewd investors could take this chance to dig deeper on it and consider buying shares.