Please ensure Javascript is enabled for purposes of website accessibility
Log In Help Join The Motley Fool
Free Article Join Over 1 Million Premium Members And Get More In-Depth Stock Guidance and Research
By Jeremy Bowman – Aug 5, 2021 at 8:27AM

A move by Google shook investors in the ad tech stock.

Shares of Digital Turbine (APPS 0.38%) were sliding in July after a move by Alphabet's Google seemed to threaten the company. According to data from S&P Global Market Intelligence, the stock finished the month down 17%.

As you can see from the chart below, much of that slide came in the first few days of July. 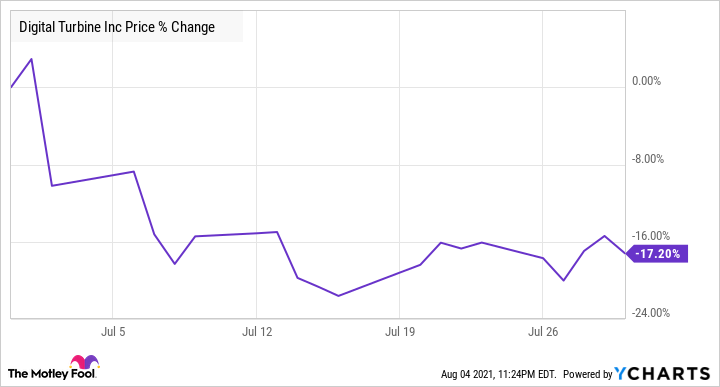 Digital Turbine helps companies monetize mobile content, generally on apps. At the end of June, Google said that starting in August, it will require new apps published in the Google Play store to be published with the Android App Bundle, a move Digital Turbine had been preparing for since 2019. 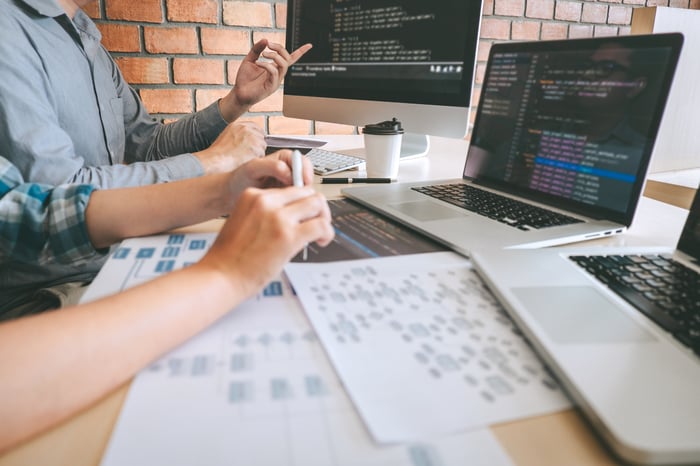 Some investors seemed to believe the news would have a negative impact on Digital Turbine as the Android App Bundle was expected to complicate app redistribution for some distributors. However, Digital Turbine said in a blog post there would be no impact to its customers or its partners.

Digital Turbine's comments seemed to come in response to the stock falling sharply on the news as it pulled back 13% on July 2.

In a number of ways, Digital Turbine's sell-off is similar to what happened to The Trade Desk and other ad tech stocks back in March when those stocks dove on news that Google would ban third-party cookies. Though ad tech stocks fell sharply, The Trade Desk had already been preparing for such a move with Unified ID 2.0, showing the market was overreacting. Digital Turbine seems to have done the same thing here, but still received a similar market reaction.

Digital Turbine has been one of the brightest growth stories of the pandemic as revenue is expected to triple this year and the stock gained more than 2,000% at one point as the company rides the digital transformation and sharp growth in mobile ad tech.

Based on management's own comments, the sell-off looks more like a buying opportunity for this high-growth tech stock.

Is Digital Turbine Stock a Buy Now After Earnings?
360%