Is Robinhood the newest meme stock?

The meme stock movement took a new turn this week after the Robinhood Markets (HOOD 1.22%) brokerage app went public through an initial public offering late last week. As many in the investment community can recall, during the retail investor trading frenzy earlier this year that caused GameStop (GME 3.46%) and AMC Entertainment Holdings (AMC) stocks to soar, Robinhood's platform was overwhelmed, and it needed to restrict buying on some of these names. The trading activity expanded to other heavily shorted stocks, or stocks popular in social media, including fitness and health drink maker Celsius Holdings (CELH 3.70%), and the meme stock was born.

Robinhood's IPO brought an interesting twist for the online trading crowd, and the meme stocks moved in different directions. After a wild ride, Robinhood shares look to be ending the week with almost a 60% gain, while AMC stock has dropped about 12%. Celsius seems to still be a favorite, with its shares up 10% on the week as of midday Friday. 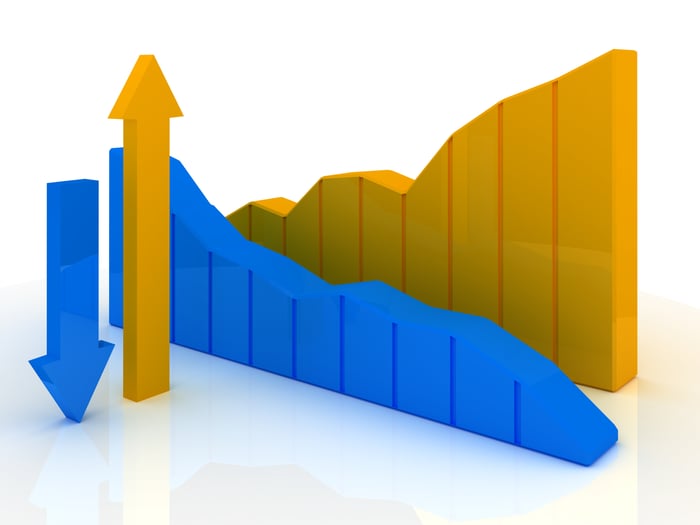 Robinhood priced its IPO at $38 and ended its first day of trading below $35 per share. But that changed this week when trading volume exploded, and the stock shot up to an intraday high of $85 on Wednesday. In the meantime, the volume in AMC shares, and the stock price itself, slumped this week.

Robinhood wants to be known as a brokerage for the people. Its stated mission is to "democratize finance for all." The company backed up that philosophy by allocating about 25% of its IPO shares for retail investors on its platform.

The irony is that while AMC CEO Adam Aron has engaged with the Reddit trading crowd on social media and has become something of a hero to the group, Robinhood CEO Vlad Tenev became a villain to those same traders when the platform temporarily froze buying of GameStop and AMC shares due to overwhelming volume and insufficient funds in January.

It's unclear what specific group of buyers drove the price up so far and so fast this week, but for financial media and others interested in the meme stock phenomenon, this week has certainly brought plenty to look forward to.