A crackdown on Chinese education stocks weighed on e-commerce stocks.

Shares of JD.com (JD 5.00%) pulled back last month as the Chinese e-commerce stock got swept up in a broader sell-off of Chinese stocks in response to a government crackdown on tutoring services. The move, which banned education stocks like TAL Education Group and New Oriental Education Group from making a profit, wiped out nearly all of their value, and weighed on other Chinese tech stocks.

According to data from S&P Global Market Intelligence, JD.com finished the month down 11%. As you can see from the chart below, the sell-off came late in the month after the news broke on the Chinese education sector. 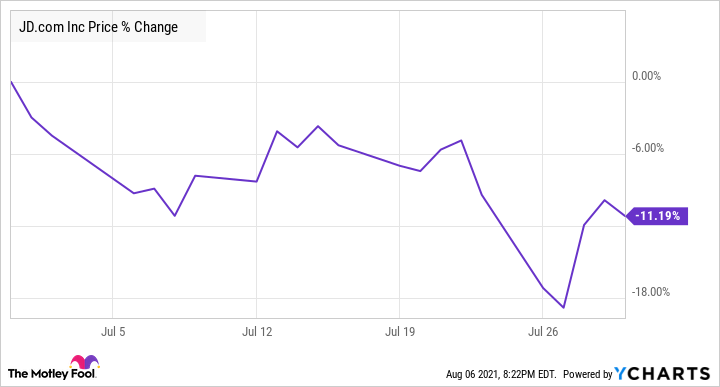 Though JD was in negative territory the whole month, the stock actually started off the month with an endorsement from Goldman Sachs as analyst Ronald Keung raised his price target from $119 to $130 and reiterated his conviction buy rating on the stock. Keung said the core retail business was experiencing solid momentum and that the stock was significantly undervalued. 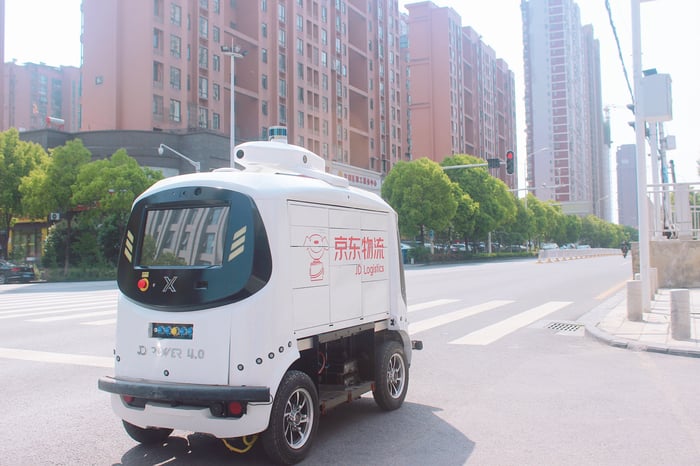 Worries about increasing regulation out of China hung over the stock for much of the month, and those fears were borne out when the Chinese government adopted a slew of new policies that essentially forced tutoring services to become nonprofits. JD shares slipped 15% over a three-day span during the end of July in response the news, but the stock recouped some of those losses to close out the month as investors took advantage of the sell-off and the crackdown news faded.

JD.com hasn't announced its earnings date yet, but the company should report second-quarter earnings within the next two weeks. Analysts are expecting revenue to jump 36% to $38.5 billion and earnings per share to slip from $0.52 to $0.40.

If JD.com can deliver a strong quarter, the stock could pop, especially if it can help displace any concerns about a future regulatory crackdown on the company.