Beginning last summer, Costco Wholesale (COST -1.53%) posted a series of humongous sales gains. Unsurprisingly, some skeptics wondered whether this sales surge was just a blip caused by the COVID-19 pandemic.

In recent months, Costco has proved the doubters wrong by continuing to post strong sales growth while going up against increasingly difficult year-over-year comparisons. The warehouse club giant did so yet again when it reported its July sales results last week.

For the four-week period ending on Aug. 1, Costco's adjusted comp sales (excluding the impact of gasoline price inflation and currency fluctuations) rose 8% year over year. The company reported solid comp sales growth in all regions of the world, ranging from 8.5% in the U.S. to 5.5% in Canada.

Comparable e-commerce sales grew just 5.7% last month, compared to a 76.1% jump a year earlier. Instead, brick-and-mortar sales powered the bulk of Costco's growth. Indeed, consumers continue to flock to Costco's warehouses, even with COVID-19 case numbers rocketing higher in the U.S. (the company's top market by far). Comparable traffic increased 6.9% globally and 5.8% in the U.S. during July. 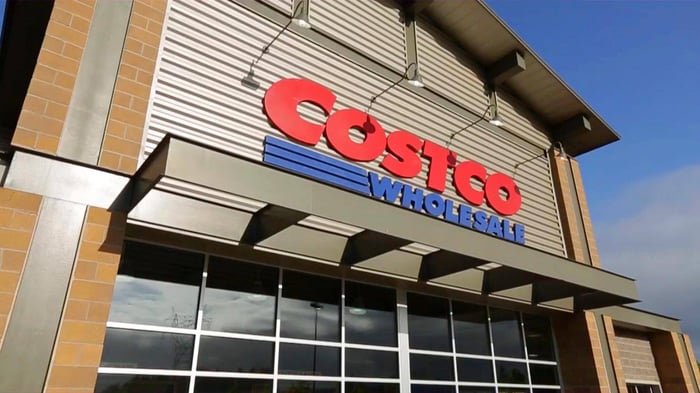 Including the benefit from soaring gasoline prices and the weakening dollar, Costco's comparable sales grew 13.8% last month. And total sales rose 16.6% to $15.2 billion.

During the peak of the pandemic, sales of food and related items surged at Costco as consumers chose to cook at home more often. As a result, comp sales growth in those categories has lagged the company average in recent months (while remaining positive).

Meanwhile, sales continue to rocket higher in Costco's ancillary business lines. Ancillary comp sales jumped more than 40% year over year in July. Costco is selling even more gasoline than it did before the pandemic. It's also seeing strong recoveries at its food courts and optical departments.

After briefly plunging below $320 earlier this year, Costco stock has rallied more than 40%, recently reaching a new all-time high above $440. The stock has more than doubled since the beginning of 2019. 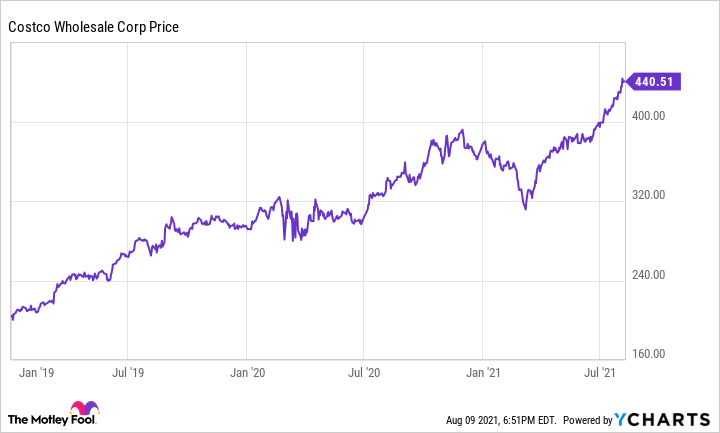 Costco certainly deserves the love it is getting from investors. Adjusted comp sales growth topped out around 17% last fall. Given that Costco just reported an 8% comp sales gain for July on top of a 15.8% increase a year earlier, the retail giant seems poised to continue posting solid sales growth for the foreseeable future.