The small-cap fintech is now up roughly 83% year to date.

Mogo published its second-quarter results and issued new guidance before the market opened today, and investors were bullish on the performance and outlook. The company's earnings crushed expectations, with net income swinging from a loss of 1.6 million Canadian dollars ($1.3 million) in the prior-year period to a profit of CA$9 million in this year's quarter. The big earnings beat was largely driven by gains on the company's investment in cryptocurrency trading platform Coinsquare. 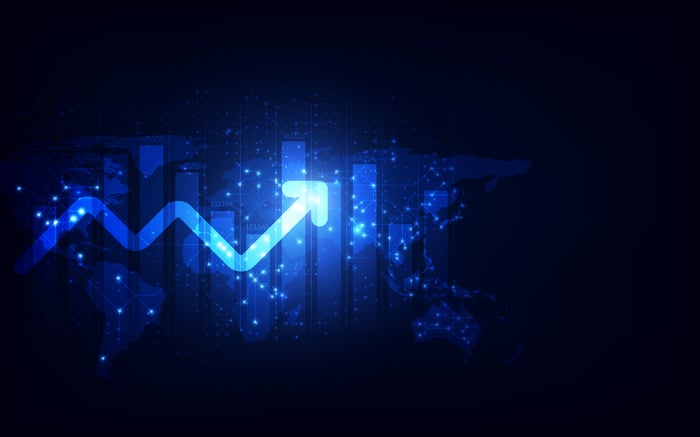 Mogo has been on an acquisition spree in the fintech and cryptocurrency spaces, and has recently bought companies including Fortification Capital, Carta Solutions, and Moka Financial. The company also increased its stake in Coinsquare last quarter, and the move resulted in a big earnings beat.

Mogo now expects to close out the fourth quarter with subscription and services revenue growth between 100% and 110% year over year. The company anticipates that full-year revenue will come in between CA$70 million and CA$75 million next fiscal year, and it expects that adjusted EBITDA margin as a percentage of revenue will improve in the period.

Mogo now has a market capitalization of roughly $485 million and is valued at approximately 12 times this year's expected sales.