Please ensure Javascript is enabled for purposes of website accessibility
Log In Help Join The Motley Fool
Free Article
Join Nearly 1 Million Premium Members And Get More In-Depth Stock Guidance and Research
By Will Ebiefung – Updated Aug 15, 2021 at 8:31AM

Snap and Walmart have what it takes to deliver consistent, long-term investment returns.

With nearly 18 million active users of all ages, Robinhood also happens to be a hugely popular trading platform for younger and/or newer investors. While not every trending stock popular with its users will make a good investment, there are plenty of cases where the Robinhood crowd is on the money with their stock selections. 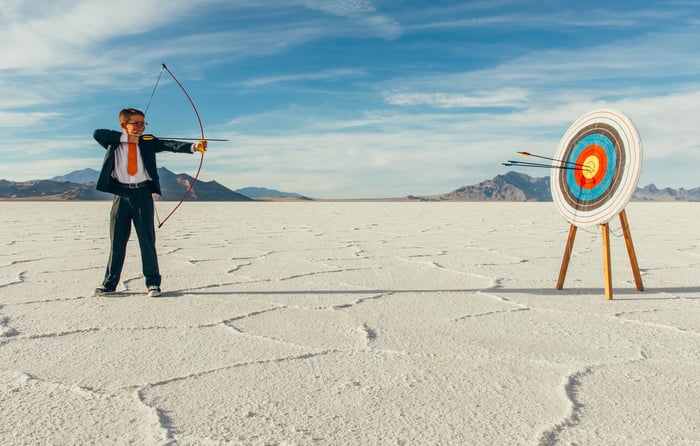 Perhaps it's no surprise that Snap is so popular on Robinhood. Both platforms target a similar millennial and Generation Z audience. The image-sharing-based social media giant boasts an industry-leading penetration rate among young consumers. Its breakneck growth rate and potential for margin expansion are icing on the cake.

Analysts at Morgan Stanley expect Gen Z to become America's largest demographic by 2034. And the spending habits they develop now could reverberate for decades into the future. Snap is an excellent way for brands to target this lucrative subset of consumers because of its 90% penetration rate among 13- to 24-year-olds in its most established markets, including the U.S., U.K, and Australia.

Snap's second-quarter revenue soared 116% year over year to $982 million, while its net loss narrowed from $326 million to $152 million in the period. The company plans to maintain momentum by expanding its content offerings -- including new Snap Originals (five-minute documentaries with non-skippable ads) and international Snap Discover channels, which are news feeds tailored to specific markets.

With a trailing price-to-sales (P/S) ratio of 35, Snap stock isn't cheap. But the company's high top-line valuation is justified by its rapid growth rate and potential to improve margins. Snap's gross margin increased 9% to 55% in the second quarter as the company negotiated better rates with cloud providers and community growth helped improve infrastructure cost per user on the platform.

Walmart isn't a fast-growing company but makes up for it with value. As the world's largest company by revenue, the mega-cap supermarket chain is the definition of a blue-chip business. And it plans to maintain its dominant position by leveraging technology to keep rivals at bay.

Walmart's fiscal first-quarter revenue grew by a modest 2.7% to $138.3 billion, but the company will experience tough comps this year as pandemic-related tailwinds fade in the retail industry. However, the company's e-commerce business is still expanding rapidly, suggesting some COVID-19 boosts may be longer-lasting or permanent. Walmart's global e-commerce sales surged 43% globally and now representing 12% of its retail business.

With a market share of 5.3%, Walmart is already the second-largest e-commerce company in the U.S (second only to Amazon, which boasts a share of 39%). And its massive physical footprint of over 10,500 stores will give it an edge in last-mile delivery, especially for perishable items like groceries.

Walmart stock has a dividend yield of just 1.5%, but the company has grown its payout for 47 consecutive years -- earning it Dividend Aristocrat status. It also returns value to shareholders through a massive share-repurchase program with $17.6 billion authorized as of the first quarter.

Snap and Walmart are great options for investors to boost their portfolios, but they suit different investment strategies. As a growth stock, Snap is better for those willing to pay a premium for potentially market-beating performance. On the other hand, Walmart is ideal for investors who value the safety and stability of a more established company.