Bitcoin and Ethereum are down and dragging crypto stocks with them. 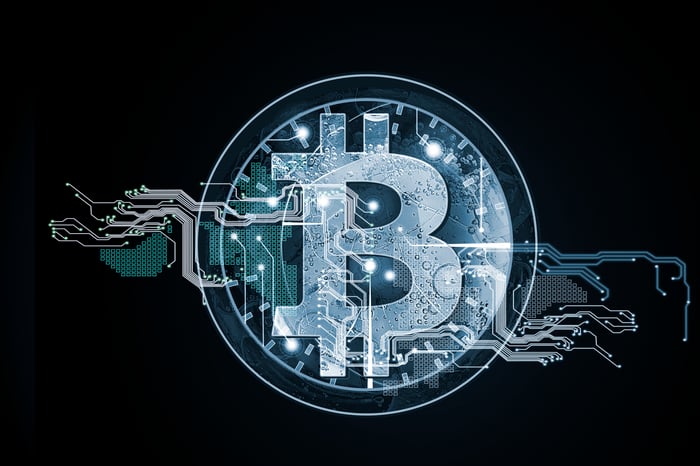 A hacker stole $600 million of crypto assets on Wednesday in a very public heist. The hacker said the theft was "for fun" and has returned $342 million as of reports on Thursday morning. The group targeted, Poly Network, is trying to get the rest of the coins back.

The other news investors have been considering is the impact U.S. congressional oversight will have on the crypto industry. Earlier this week, the infrastructure bill passed the Senate and includes provisions to tax cryptocurrencies like other securities and add reporting rules for companies across the industry. Leaders in the industry have pushed back against some of these rules and hope to get them changed before the House of Representatives takes up the bill.

If passed, the bill is seen as legitimizing cryptocurrency, and that's a big reason Bitcoin, in particular, has risen in the last few weeks. But it could also mean higher compliance costs for companies like Coinbase, Bitfarms, and BIT Mining. And that higher cost may be what investors are focusing on today.

It's also important to keep in mind that the infrastructure bill isn't law yet and may get held up in the House. But if the government decides to tax crypto trades and further legitimizes the industry, it could help push cryptocurrencies and crypto stocks higher over time.

What I am paying most attention to today is the $600 million of cryptocurrencies that were stolen by a hacker. The crypto industry has touted itself as being more secure than fiat currencies, but hacks are common and the staggering amount of value that can be stolen has to be worrisome.

Just as Congress seems to be legitimizing cryptocurrencies, some of the security flaws in the industry itself are cropping up. If large hacks like this continue popping up, it could undermine the needed confidence to keep any cryptocurrency afloat.

Volatility has become the norm for cryptocurrencies and crypto stocks, so today's moves aren't out of the ordinary. But the security and hacking challenges will need to be addressed by the industry to truly build value long term.