This company is looking to reduce the amount of plastic, and investors are thrilled with its progress.

Providing a second-quarter business update today, PureCycle, a company focused on polypropylene (a type of plastic) recycling, has investors excited with the company's progress in developing its recycling plants. 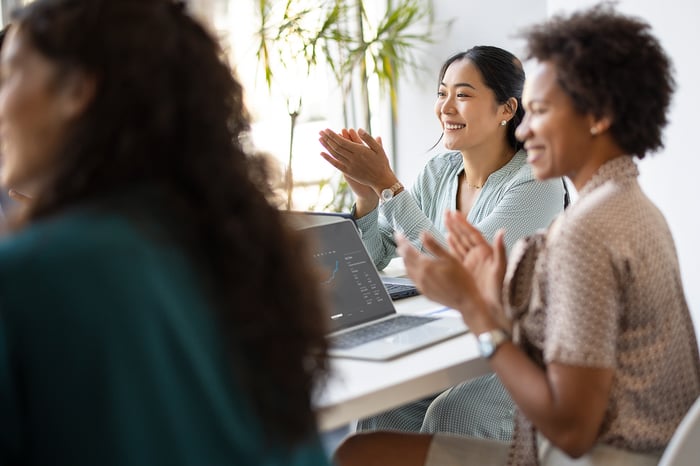 PureCycle is pre-revenue, so it wasn't the company's finances that are stoking investors' enthusiasm. Instead, it has to do with the company's operations update. The company announced the site of its first cluster facility will be in Augusta, Georgia. Estimating that work at the site will begin in the first quarter of 2022, the company says the cluster facility will ultimately be capable of producing 650 million pounds annually thanks to five process lines -- the first of which is expected to be commissioned in the second half of 2022.

The company also announced that development of its plant at Ironton, Ohio, remains on schedule and on budget. Currently, the site is receiving equipment, and module construction is expected to begin this quarter with commercial production commencing in the fourth quarter of 2022. When operations are fully ramped up, PureCycle estimates the Ironton facility will achieve annual production of 107 million pounds.

And it's not only in the U.S. that the company is making advances. PureCycle also announced today that it has signed a memorandum of understanding with SK Global Chemical regarding the development of a recycling facility in South Korea to take polypropylene waste and transform it into ultra-pure polypropylene resin.

Reporting that it has $539 million in liquidity -- including $238 million in cash -- PureCycle appears to be making good progress toward bringing its first two projects on line. While development of the Ironton facility is fully funded, the company believes that it will need to secure additional funding for phase 1 and phase 2 at Augusta. PureCycle is targeting more than 1 billion pounds of production by 2025.