The biotech stock has lost half of its value over the past week.

Friday continued what has been a bad week for Axsome Therapeutics (AXSM 6.85%) investors. The biotech company's stock closed at $24.31 on Thursday, opened at $24.04 on Friday and continued to slide, falling to a low of $22.58 in the early afternoon. It's part of a longer trend for the company, which specializes in finding treatments for central nervous system disorders. As recently as Aug. 6, it was trading at $51.16. 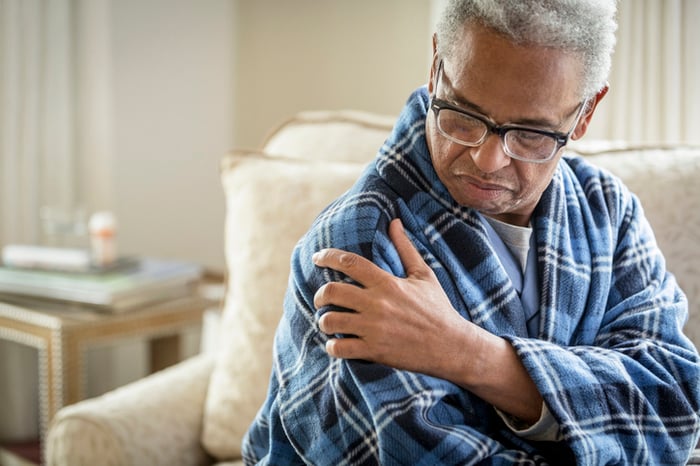 Axsome's lead drug candidate may have hit a road bump on its way to getting approved by the Food and Drug Administration. On Aug. 9, in the company's second-quarter report, it said that the FDA had found deficiencies with the New Drug Application (NDA) for AXS-05 for the treatment of major depressive disorder.

The company said it was still attempting to find out what the FDA's concerns were about the drug, but that at the very least, it would mean a delay in its approval.

Investors hate uncertainty, and it's especially a problem for Axsome as it does not yet produce revenue and it lost $31.2 million in the second quarter. It has $141.2 million in cash, enough to last it another year. 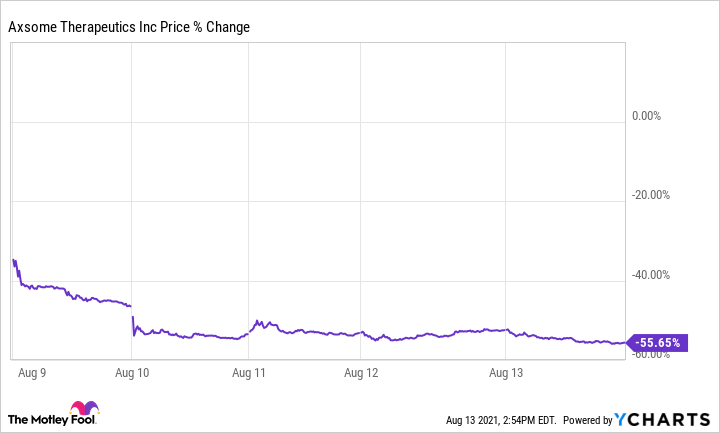 The positive news is Axsome has a good-sized pipeline beyond AXS-05, and the drug itself is also being considered as a therapy for Alzheimer's disease agitation and smoking cessation.

The drug is an NMDA receptor antagonist, part of a class of drugs that inhibit the action of the N-Methyl-D-aspartate receptor and are commonly used as anesthetics.

Axsome is also awaiting word from the FDA regarding AXS-14 to treat fibromyalgia, which can cause widespread pain, fatigue, sleep woes, depression, and cognitive impairment. In a phase 3 trial, AXS-14 treated 1,122 fibromyalgia patients. The study found that the drug lessened the pain associated with the disease and was scored well by patients on general efficacy, particularly in relieving fatigue.

Axsome's slide isn't just likely attributable to the FDA concerns, but part of a broader turn of the markets away from biotech companies, particularly those that are not yet profitable.