Both of these stocks deliver higher-than-average dividend yields and recently made acquisitions.

Ideally, if you're an income investor, you want stocks that not only generate excellent quarterly income, but also steady long-term returns. Here are two stocks that deliver on both fronts and, as an added benefit, are currently available at cheap valuations -- PNC Financial Services Group (PNC -0.35%) and M&T Bank (MTB 0.46%).

In addition, both of these have recently made acquisitions to gain scale in a consolidating industry, which should help their long-term growth. 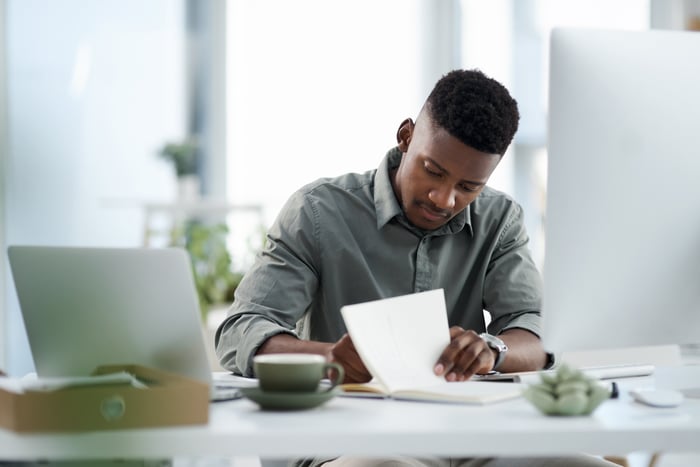 Pittsburgh-based PNC Bank completed the acquisition of BBVA's U.S. banking business in the second quarter, boosting its assets to $554 billion as of June 30. That makes it the sixth-largest bank in the U.S., leapfrogging Truist. The market has reacted favorably to the move, as the stock price is up roughly 28% year to date and more than 70% over the past 12 months, at Friday's prices.

In the second quarter, revenue was up 11.9% year over year to $4.7 billion, while net income was $1.1 billion, up from a net loss a year ago. Net income was down from the first quarter, mainly due to higher expenses related to the acquisition of BBVA USA. But the company plans to reduce expenses by $900 million once BBVA USA is fully integrated, and it will gain additional revenue opportunities from the acquisition. Company officials anticipate a 21% increase in earnings in 2022 following the integration.

That should bode well for PNC's dividend, which is excellent. Last month, the PNC board approved a 9% quarterly dividend increase to $1.25 per share, or $5.00 per share annually, at a yield of about 2.6%. The yield, except for a spike in early 2020, has remained in that mid-2% range for the past 10 years. In addition, the payout ratio is a manageable 34%.

While PNC's efficiency ratio is up slightly to 63% through the first six months of the year, it is in its historical range. With its cost reduction plans and growth expectations, that number should come down and the dividend should be well-supported long term.

M&T Bank, based in Buffalo, New York, also made a recent acquisition, buying People's United bank of Connecticut. The deal hasn't closed yet, but when it does, it will boost M&T into being a top 15 bank with over $200 billion in assets and branches in 12 states throughout the Northeast.

The regional bank is coming off a somewhat difficult second quarter, as revenue and earnings missed analysts' expectations. A lot of that had to do with higher expenses related to the purchase of People's United. But over time, this historically well-run company should gain from the acquisition, with $330 million in annual cost synergies expected and an anticipated 10% to 12% increase in earnings in 2023.

The bank has been profitable every quarter since 1976 -- even through the pandemic, which speaks to its consistency. And it has a pretty low efficiency ratio of 58% as of June 30, which means its expenses, even with the acquisition, are fairly low in relation to revenue. That number may bump up after the deal closes in the fourth quarter, but expect it to come back down following the integration.

Like PNC, M&T Bank has a great quarterly dividend of $1.10 per share, or $4.40 per share annually, at a yield of 3.1% at Friday's prices, which is higher than the industry average. It also has a manageable payout ratio of 35%.

It's also a great time to buy M&T, not just for the growth potential from the acquisition, but due to its low valuation. It is trading at just under 11 times earnings and has a price-to-tangible-book-value ratio under 1.7, which is pretty low for this bank (at least in normal times -- during the pandemic, it was even lower).

These are two really solid bank stocks that are historically efficient and should see continued growth from favorable market conditions and recent acquisitions. They both pay out high dividends and, with the moves they have made, should continue to reward income investors.