The insurance and lending industries are centuries old and have evolved little despite their long histories. These three emerging companies are using artificial intelligence to disrupt these old industries and are trading off their 52-week highs; their stocks offer potential upside that makes these AI stocks worth considering in August.

Banks have relied on the Fair Isaac, or FICO, credit score system for decades to determine whether a customer would be able to pay back a loan or not. It is a rigid system that makes it difficult for those with little or no credit history or to get approved for loans, even if they can pay them back.

Upstart Holdings (UPST 5.11%) uses artificial intelligence to make lending decisions by utilizing many data points that a FICO score doesn't account for, giving lenders using Upstart's technology a more complete picture of a potential borrower's ability to pay. Upstart doesn't underwrite these loans, so it's a partner instead of a competitor with banks.

The technology shows Upstart's partner banks get 75% fewer defaults at the same approval rate. Upstart is expected to grow its revenue 157% to $601 million in 2021 and is just getting started in automotive loans, which will dramatically expand Upstart's market opportunity and could fuel long-term growth. 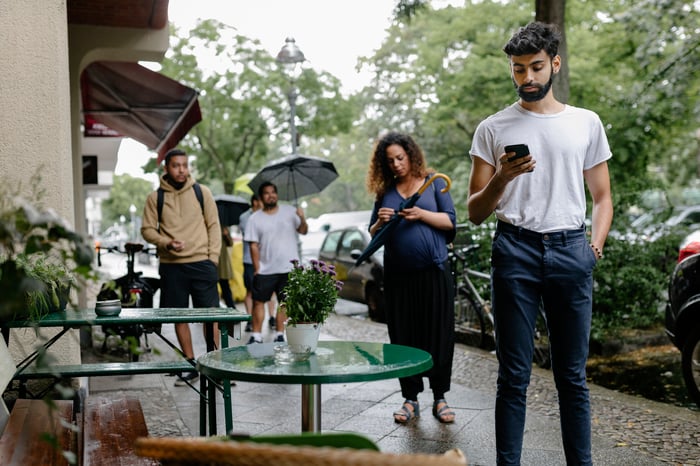 At the other end of the spectrum, a similar change is underway in how consumers borrow money. Credit cards have been the standard option for short-term loans for many decades, and the industry makes more than $160 billion each year off of fees, interest, and various charges. Consumers can easily rack up a load of credit card debt, and it can have a lasting negative impact on one's personal finances, because it can be hard to dig out of the hole.

Affirm Holdings (AFRM 8.66%) is among the leaders in the buy now, pay later space, where consumers can finance a purchase with fixed installments, typically paid back over a time period of weeks or months. Affirm offers zero-interest payments in many cases and doesn't charge fees of any kind to the consumer, instead making money from merchants it partners with when it converts browsers into buyers.

Affirm uses artificial intelligence to make lending decisions at the transaction, differentiating it from its traditional credit card competitors. The company can originate loans for up to $17,500, more than its buy now, pay later competitors, which has gotten Affirm into partnerships with higher-end merchants such as Peloton Interactive. Buy now, pay later is becoming very popular with millennial and Gen Z consumers versus traditional credit cards. Affirm's position as a leader in the space could give its stock room to grow from its current $17 billion market cap.

Putting insurance in a positive light

Insurance is another age-old industry that has become stale with consumers. A 2021 study showed that the average insurance company has a net promoter score of 34 (scores range from negative 100 to 100), and traditional insurance companies aren't fighting for the consumer because their profits depend on claims going unpaid.

Lemonade (LMND 4.14%) is putting a unique spin on the insurance business model, using artificial intelligence to streamline the customer experience. Its chatbots, Jim and Maya, handle claims and customer service, avoiding the need to speak with sales and claims agents that traditional insurance companies rely on. It also collects a fixed portion of its customer payments as revenue, ceding the rest to reinsurers that take on policy risk in exchange. This helps remove the incentive not to pay claims from the company's business model. Lemonade reported a net promoter score of more than 70 in its 2020 annual filing, indicating that this innovative approach resonates with consumers.

The global insurance industry is worth more than $5 trillion, and Lemonade has only gotten a shot at a small piece of it: The company is expected to do $118 million in revenue this year. Lemonade does most of its business in the United States and is in the process of branching into new insurance products such as car insurance, life insurance, and pet insurance. As Lemonade enters new product and geography markets, this insurance disruptor's growth opportunities could be massive.

Artificial intelligence can be a powerful competitive advantage because it learns and improves over time as it encounters more data. These three companies are early movers, using AI to innovate in large industries, and could continue to get stronger over time, which could mean big returns for investors.