There are smart moves you can take regardless of what happens with the market.

Remember the story of Chicken Little? The aptly named little chicken went around proclaiming that the sky was falling. But it wasn't.

I think about that story sometimes when I see gloomy predictions about a stock market crash. Sure, the market is bound to crash again sooner or later. However, no one truly knows when it will happen.

We'll probably see more investing equivalents of Chicken Little loudly warn that a market meltdown is just around the corner with concerns about COVID-19 rising again. I don't think it will happen. My view is that a stock market crash isn't imminent. But here's how to prepare anyway. 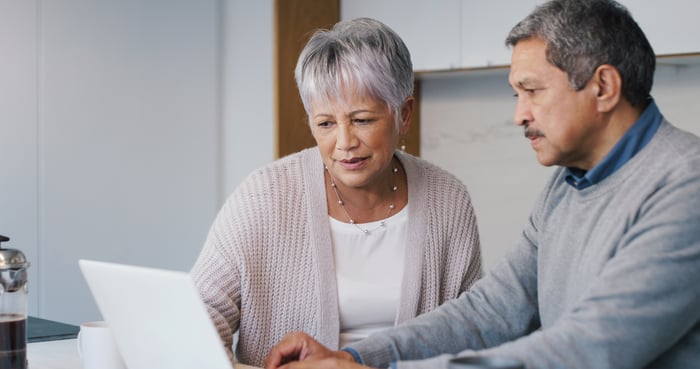 Am I being contradictory by talking about preparing for a market crash that I don't believe is going to happen in the near term? I don't think so -- especially not when those preparations are smart things to do regardless of what the stock market does.

The first of these smart things to do is build up a cash cushion. There's no magic answer to how much you should have in your cash stockpile. Some investors might be happy with keeping 10% of their portfolio in cash. Others could prefer a higher or lower amount.

Whatever you're comfortable with, though, having some cash on hand is a good idea. If the market does fall significantly, you'll be able to scoop up stocks at a discount.

Such declines don't have to be full-blown crashes, by the way. In the two decades before the market meltdown of 2020, stock market corrections of 10% or more occurred in more than half of the years. Being prepared for such a common occurrence is prudent.

If a stock market crash isn't on the way, buying the stocks of solid, well-run companies is a great idea. And since no one really knows how long it will be before the next crash, buying such stocks is a great idea pretty much anytime.

For example, Vertex Pharmaceuticals (VRTX 1.85%) ranks as one of my favorite biotech stocks. The company markets the only drugs approved for treating the underlying cause of rare genetic disorder cystic fibrosis (CF). Physicians aren't going to quit prescribing these CF drugs because of what happens with the stock market (or the overall economy, for that matter).

Vertex's sales continue to grow as it secures additional reimbursement deals for its CF therapies. CEO Reshma Kewalramani noted in the company's second-quarter conference call, "These reimbursement agreements are occurring in a timeframe that is far quicker than is typical for OUS [outside the U.S.] markets."

The company also has several potential catalysts with its pipeline on the way. Within less than nine months, Vertex expects to report key data for several programs, including experimental acute pain therapy VX-548 and its VX-880 cell therapy that targets type one diabetes.

Buying a stock like Vertex offers the potential to reap rewards regardless of what the stock market does. There are other stocks -- and not just ones limited to the healthcare sector -- that could be just as resilient. Find them and buy them.

Arguably the most important thing you can do to prepare for a stock market crash, a strong bull market, or even a period of stagnation is to have a long-term perspective. How you think impacts the way you invest. And if you think long term, your chances of investing success are much greater.

In the last 13 years, we've experienced two major stock market crashes. The financial crisis of 2008 and 2009 caused the S&P 500 to plunge more than 50% from its previous high. Last year's COVID-19 market meltdown resulted in the S&P 500 falling more than 30%. If you had only focused on the short term, you might have panicked and sold all the stocks you owned for a big loss in either of these cases.

However, the market fully recovered from the financial crisis sell-off by mid-2013. It took less than six months for the S&P 500 to fully bounce back in 2020. Even when it seems like the sky is falling, it isn't -- if you have a long-term perspective.