Investors are opening stakes in this revolutionary token left and right.

Last Thursday, Mango markets, a high-speed, decentralized exchange powered by Solana, announced a successful $70 million crowdfunding. A week ago, the Solana Foundation launched the Wormhole update, allowing integration between different types of blockchains on its network, such as the Binance Smart Chain, non-fungible tokens (NFTs), and crypto price data. 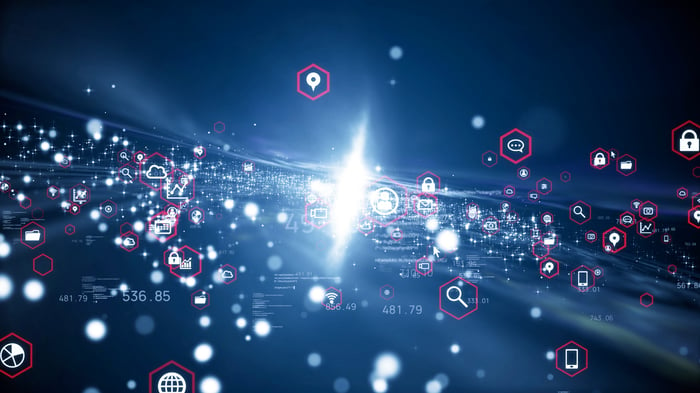 Its developers designed Solana to allow the creation of decentralized apps on its infrastructure, so any updates to expand its functionality are major catalysts. As an example of this functionality, investors can now trade 50 tokenized stocks, such as shares of Facebook (META -0.74%), Tesla (TSLA -0.19%), or Alphabet (GOOG -1.24%), via platforms built on Solana.

The next major innovation comes from its proof-of-history protocol. With this mechanism in place, transactions are assigned a real-time timestep and must be processed in the order in which they are received. This means validators cannot simply verify the larger blocks for more gain and ignore the smaller ones. The proof-of-history protocol speeds up the network and synergizes well with Solana's joint proof-of-stake protocol, allowing token holders to validate transactions themselves, thus saving electricity while helping the environment. As a result, the network can process 50,000 transactions per second at a block latency time of just 0.4 seconds.

Solana has a lot of potential to grow. One possible growth channel is its integration with an oracle network such as ChainLink (LINK 3.47%), which would allow the decentralized apps on its infrastructure to access a real-world application programming interface (API), such as a financial data API, in its smart contracts. Solana's innovative capabilities make this a fantastic cryptocurrency for investors to place on their watchlists.

Solana Might Be Tanking Right Now, But Here's Why It's Still a Long-Term Buy

Should You Buy Solana While It's Below $20?

Will Crypto Retail Stores Blow Up Like Apple Stores, or Will They Flop?
356%