Shares of Endeavor Group Holdings (EDR -0.95%) traded higher on Tuesday, climbing as much as 12.9% earlier in the session. As of 11:51 a.m. EDT, the stock was up 8.1%. The live event entertainment specialist and parent of mixed martial arts league Ultimate Fighting Championship and the Miss Universe pageant climbed when the company reported solid second-quarter earnings.

Endeavor generated revenue of $1.11 billion, up 140% year over year, compared to anemic results at the height of the pandemic, and just missing analysts' consensus estimates of $1.14 billion. Its improved performance was fueled by the return of live events and audiences that kicked off over the past several months. The company's net loss widened, though Endeavor's adjusted EBITDA more than tripled to $168.1 million, up from $45.4 million in the prior-year quarter. 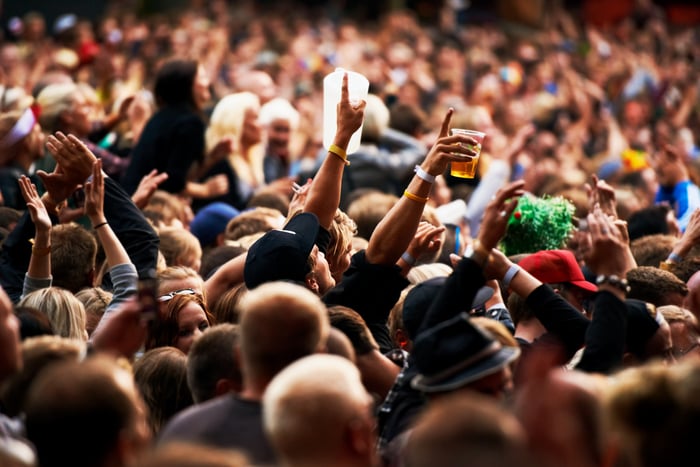 Growth was strong across Endeavor's operating units. Revenue from the owned sports properties segment climbed 70% year over year, driven by higher media rights fees and growing ticket sales for UFC and Professional Bull Riders events. Revenue from the events, experiences, and rights segment surged 341%, again due to weak comps, helped by a full schedule of European soccer matches. Finally, revenue from the representation segment climbed 70%, boosted by the return of programming and commissions from the William Morris Talent Agency.

Endeavor's management has high hopes for the future. The company raised its full-year guidance and is now forecasting revenue in a range of $4.8 billion to $4.85 billion, up from its previous estimate of $4.795 at the midpoint of its guidance.

The return of live events bodes well for Endeavor Group, but a resurgence of the pandemic could hamper its near-term growth.