The synthetic biology company is going public through one of the largest SPAC mergers in history. Is the stock worth paying up for?

Synthetic-biology company Ginkgo Bioworks is getting set to go public by merging with Soaring Eagle Acquisition Corp. (DNA), a special purpose acquisition company ("SPAC"). At a market valuation of more than $17 billion, it's one of the largest SPAC deals yet. The offering comes amid what have been mixed results for SPAC stocks, with many declining severely after completing their mergers.

So is Ginkgo Bioworks worth such a large market cap? Here are three reasons it may be worth the hype, and one major red flag.

Good: The revolution of programming cells

Think of all the electronic technology that exists today: All smartphone apps, computer programs, and even the display you're reading this on are constructed from many lines of code. Our ability to manipulate and program computer code has enabled technology to change and improve over the years.

Scientists discovered that the DNA code in biology works similarly. Each living person, animal, or plant is constructed from code that determines our traits, appearance, and so on. Being able to manipulate DNA code would give us the ability to create things, similar to how computer programmers build new software. 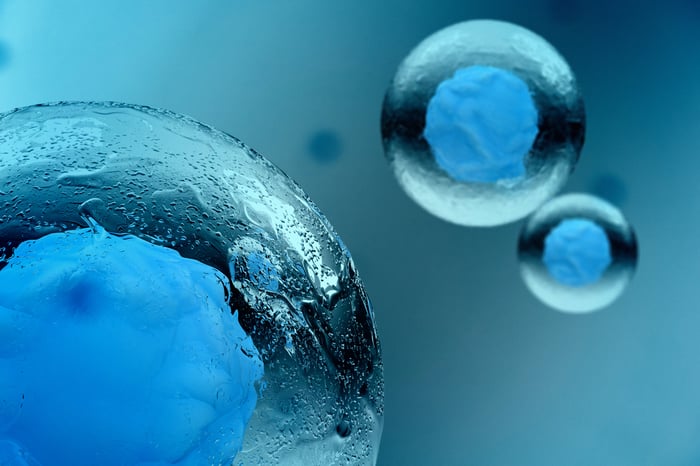 Ginkgo Bioworks is among the leading companies in pioneering this approach, called synthetic biology: the ability to create things by programming the DNA code of living cells. For example, Ginkgo Bioworks is working with Cronos Group to program yeast cells to produce THC, the psychoactive compound naturally found in cannabis. Ideas like this could be the beginning of a completely new way to make various goods and materials.

Good: A growth runway limited only by imagination

Ginkgo Bioworks operates as two primary business segments that it calls "Foundry" and "Codebase." Foundry is Gingko's physical manufacturing facility, where it produces its living organisms, while Codebase is a library containing all Ginkgo's genetic data accumulated over time. As Ginkgo develops more organisms, its codebase becomes larger, which helps future development because it can go back and reference past data.

A "program" is what Ginkgo calls an agreement to develop a specific microorganism for a customer. The company is just beginning its journey to market, estimating it will have roughly 95 total programs by the end of 2021 and projecting that this number will grow significantly to more than 500 by 2025.

Growth here can come from several different areas; think of the way chemistry can produce everything from chemical solutions to food additives to medicine. The same logic applies to synthetic biology and Ginkgo Bioworks. The company estimates that its four largest end markets are:

Management estimates that by 2040, the market for bioengineered products could be worth as much as $4 trillion, so Ginkgo's expected 2021 revenue of just $150 million shows what a pioneer the company is in this industry.

Ginkgo has a unique business model that generates revenue in two separate ways. First, it signs an agreement with a customer (another enterprise, for example German pharma Bayer AG) to produce a microorganism. The enterprise pays Ginkgo an up-front fee that helps cover development and manufacturing costs.

As part of the deal between Ginkgo and its customer, Ginkgo also receives back-end compensation once the microorganism is developed. This may be royalties from the customer using the microorganism, or actual equity in the enterprise itself. Ginkgo makes very little profit on the up-front revenue, but the royalties and equity stakes on the back end are almost pure profit.

Because Ginkgo is in the early stages of development for most of its customers, the company could see its overall profitability dramatically improve as customer programs mature into back-end revenue streams over time.

Bad: A lot of success is already priced in

Ginkgo is pioneering a new industry, and its business model is unique; both make the stock potentially attractive to investors. However, when Ginkgo finalizes its merger with Soaring Eagle and becomes a public company, it will have a market cap of about $17 billion.

Considering that the company is guiding for revenue of $150 million in 2021, the resulting price-to-sales ratio of 113 is among the highest in the stock market. It seems to be pricing in a ton of Ginkgo's future success. Management expects the business to break $1 billion in revenue in 2025, but not turn a profit until then.

While Ginkgo Bioworks is an exciting company, the pricing of the SPAC stock leaves a lot of room for things to go wrong between now and the company's long-term projections. With such a steep P/S ratio, a downturn in the market or poor performance by the business could cause investors to push the stock price (and its valuation) lower once Ginkgo merges with Soaring Eagle.

The company seems capable of living up to the hype, but investors may want to wait and see if the stock is, as well.