What happens if marijuana isn't the only drug that gets legalized?

It's rarely easy to put your finger on what exactly causes a marijuana stock to go up or down. None of these stocks are profitable, after all, and according to Wall Street analysts polled by S&P Global Market Intelligence, profitability remains at least a few years away for most of them.

Sundial, for example, isn't expected to turn a profit according to generally accepted accounting principles (GAAP) before 2023, if then. Tilray won't earn anything before 2025, and Aurora Cannabis -- well, it's anybody's guess when Aurora might earn a profit. Analysts forecast nothing but losses as far out as the eye can see. 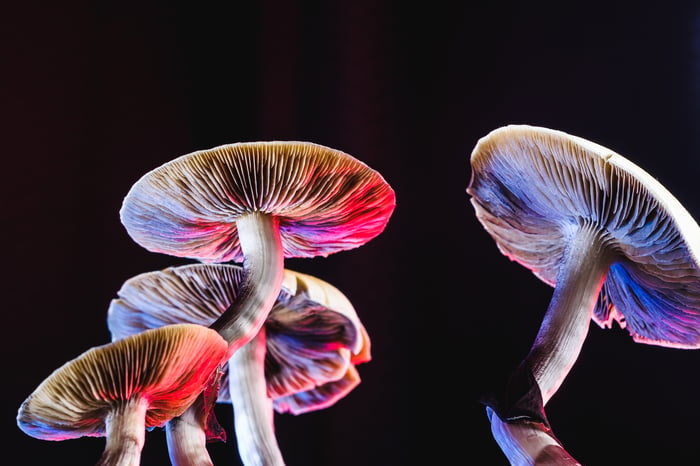 Still, marijuana investors have proven a patient bunch, and generally willing to stick with this industry while they wait for marijuana to be legalized in the U.S., and for profitability to emerge. One thing that could upset that apple cart, though, is: what happens if marijuana isn't the only drug that gets legalized?

This was the subject of the lead article on MarijuanaMoment.net last night, which noted that in California -- a pioneer in marijuana legalization already -- the state Senate passed a bill to legalize possession of psychedelic drugs as well earlier this year. Said bill is now progressing through the state Assembly, and due to be voted on on Aug. 26. In theory at least, this bill could "reach the governor's desk this year," notes MM.

If it succeeds, then marijuana investors could soon have to factor in competition from a whole host of other drugs -- psilocybin mushrooms, DMT, ibogaine, LSD, and MDMA -- and what it might mean to sales trends for the marijuana industry. The prospect of soon having to compete with harder drugs like these could be what is worrying marijuana investors today.

Are Any of These 3 Robinhood Cannabis Favorites a Buy?
370%