If you're looking for high-yielding stocks with a history of hiking dividends, look no further!

It's a tough environment for income investors -- perhaps the worst ever. The Federal Reserve cut its benchmark rate to near zero to deal with COVID-19, and rates across the board have plummeted. Currently, the 30-year U.S. Treasury bond is yielding 1.93%, a figure even lower than during the financial crisis. At the same time, inflation is running above 5%, which means these investors are earning negative real returns and losing purchasing power!

Even dividends are hard to come by, with the S&P 500 now near all-time lows and offering a minuscule 1.30% yield. So investors are increasingly paying attention to high-yielding dividend stocks with a history of increases. Here are two such stocks poised to raise their dividends in the weeks ahead. 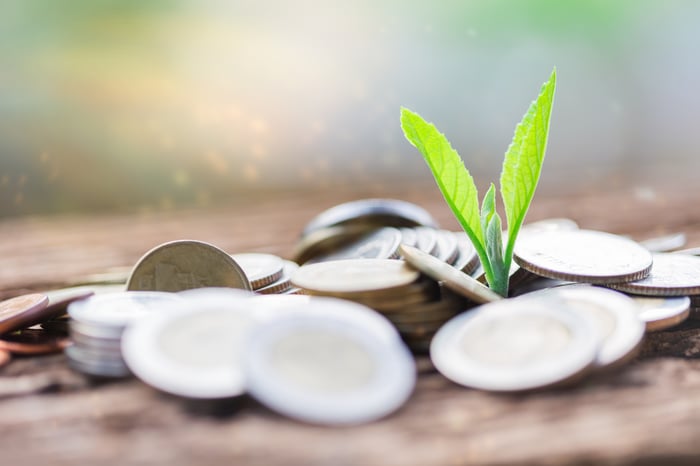 Altria's dividend increase could be significant

Altria Group (MO 1.32%) remains a top pick among many high-yield investors. That makes sense, considering it's a Dividend King, a designation reserved only for companies with 50-year histories of paying and increasing dividends annually. Even better, Altria shares have a massive yield of 7.08%, more than 3.5 times that of the 30-year Treasury bond!

It's understandable if this seems too good to be true. There are risks related to Altria, mostly due to its core product of smokable tobacco. With smoking rates down significantly in the U.S. over the past 50 years, tobacco is literally running out of customers. At the same time, many investors are pushing fund managers to avoid "sin" stocks like Altria in favor of ESG-friendly companies.

Altria understands this risk and has begun to move into new products, but so far its plans have been ineffective at best and capital destructive at worst. Altria's investment in vaping product Juul has been a fiasco, and its investment in cannabis company Cronos Group has failed to move the needle in any significant way thus far.

Despite these risks, there is no reason to believe Altria's record of dividend increases is in jeopardy. The company has been able to grow profitability in its core cigarette business by raising prices due to its strong stable of brands like Marlboro. Altria has traditionally increased its dividend in its October payout and will announce the new figure later this month.

Altria investors are expecting a dividend increase as high as 6.6%, from $3.44 per year to $3.67, on account of Altria's dividend policy target of paying out 80% of its adjusted earnings. In its recent second quarter, ended June 30, the company raised its full-year, adjusted earnings-per-share guidance to $4.59 at the mid-point. So investors can likely look forward to that nice, expected dividend increase.

Verizon will benefit from AT&T's stumbles

Verizon Communications (VZ -0.39%) is poised to benefit from AT&T's recent decision to spin off its WarnerMedia division and merge it with Discovery. As a result, investors expect AT&T's yield to drop from 7% to possibly 4%, lower than Verizon Communications' current yield of 4.5%.

In an effort to draw a contrast with AT&T, CEO Hans Vestberg forecast another increase in June by noting: "With the strength of our business and revenue growth trajectory, we look forward to putting the Board in the position to raise the dividend again later this year." Traditionally, the company has raised the quarterly dividend declared in September (paid in November) and has increased payouts every year since 2006.

Shares of the company trade at a significant discount to the greater market -- 10.5 times forward earnings vs. 22.3 for the S&P 500 -- on account of sluggish growth. In 2020, full-year revenue of $128.3 billion was lower than each of the prior two years as the company is exposed to the mature and declining cable television and landline telephone businesses. Increasing the risk is the fact that Verizon has more than $150 billion in short- and long-term debt.

Despite the business challenges, investors need not worry about the payout for now. Verizon generates more than $20 billion in free cash flow (operating cash flow minus capital expenditures -- the money spent to build and maintain its network) last year, more than double dividend payouts.

With slowing growth and significant debt, Verizon should trade at a discount to the greater market, but the current level is extreme. If 5G connectivity provides the company's next growth catalyst, shares could surge . In the meantime, the company pays you to wait with a large and growing dividend.