Please ensure Javascript is enabled for purposes of website accessibility
Log In Help Join The Motley Fool
Free Article Join Over 1 Million Premium Members And Get More In-Depth Stock Guidance and Research
By Leo Sun - May 20, 2021 at 1:04PM

The telecom giant will no longer be a Dividend Aristocrat.

AT&T (T -1.91%) recently stunned investors with two big announcements. First, it plans to spin off WarnerMedia, which it bought less than three years ago, and merge it with Discovery (DISCA) (DISCK). AT&T's investors will receive new shares equivalent to a 71% stake in the new company, while Discovery's investors will control the remaining 29%.

AT&T claims the new company will generate $3 billion in annual cost synergies and compete more effectively against Netflix and Disney in the streaming wars. However, the decision also abruptly reverses AT&T's plans to merge its distribution networks and media content.

Second, AT&T plans to reduce its dividend to "account for the distribution of WarnerMedia to AT&T shareholders." It expects the slimmer AT&T to only spend about $8 billion of its annual free cash flow on dividends after the deal closes, compared to nearly $15 billion last year. 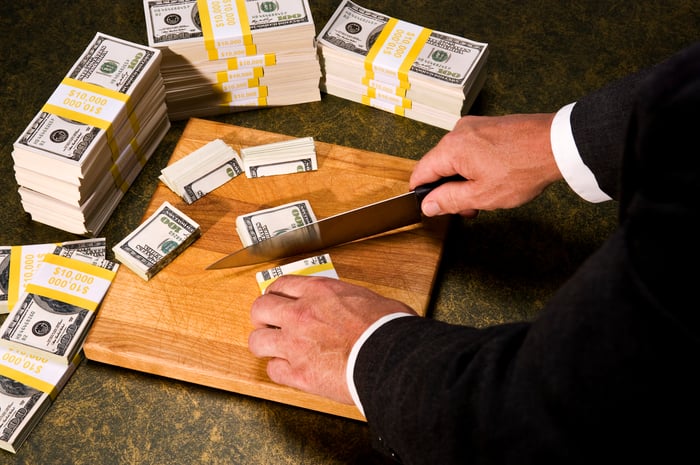 In other words, AT&T will cut its dividend nearly in half and end its 36-year streak of annual dividend hikes. It will no longer be a Dividend Aristocrat of the S&P 500, an elite title reserved for members of the index that have raised their payouts annually for at least 25 straight years.

AT&T currently pays a forward dividend yield of 6.5%, so investors should expect a lower 3%-4% yield after the deal closes in mid-2022. The new media spin-off probably won't pay a dividend, since it will likely reinvest most of its cash into fresh content for WarnerMedia and Discovery.

That's a lot of information for AT&T's investors to process, but most of them are likely wondering if the dividend cut means it's time to sell the stock.

AT&T significantly underperformed the S&P 500 over the past five years. Its total return, which includes its reinvested dividends, rose just 3%. 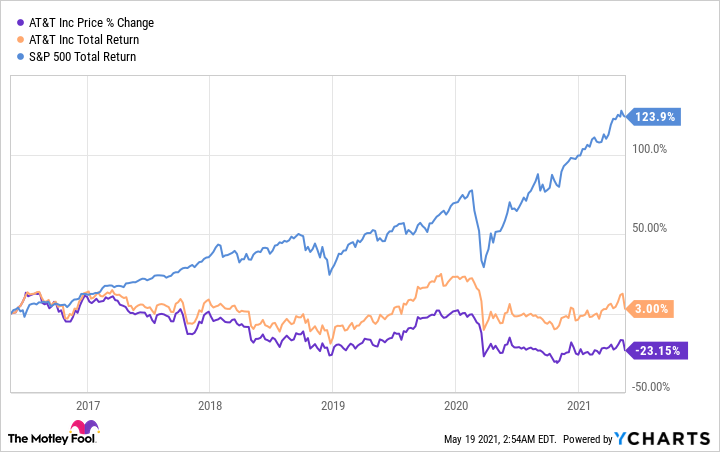 AT&T trailed the market for three simple reasons. First, it bought DirecTV and AWS-3 spectrum licenses in 2015, then acquired Time Warner in 2018. Those three massive purchases caused its long-term debt to skyrocket. 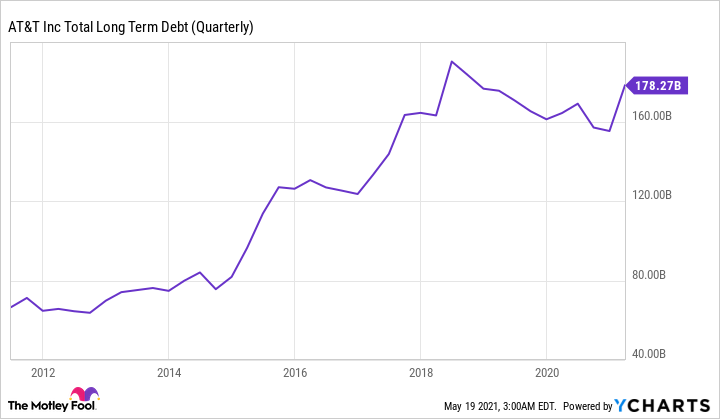 Second, its DirecTV and Time Warner purchases quickly backfired. DirecTV, which was intended to expand its pay-TV business, lost subscribers to streaming services and became a dead weight. Time Warner's TV and movie divisions struggled throughout the pandemic, and it needed a lot more cash to catch up to Netflix, Disney, and other platforms in the streaming market.

That's why AT&T sold a 30% stake in DirecTV earlier this year and recently decided to spin off WarnerMedia. In other words, it burned billions of dollars by biting off more than it could chew.

Lastly, T-Mobile US (TMUS 0.01%) surpassed AT&T as the second-largest wireless carrier in the U.S. after it merged with Sprint last year. T-Mobile's 5G network also has a broader coverage area than AT&T and Verizon (VZ -0.91%), thanks to its use of lower-band spectrums.

AT&T was so distracted by its media strategies that its wireless business lost its competitive edge. AT&T now has to increase its marketing expenses to catch up, so it's abandoning its expensive media ambitions. Yet most of this mess could have been avoided if AT&T didn't buy DirecTV and Time Warner.

What does AT&T expect for the future?

After the spin-off, AT&T believes its revenue will grow at a low-single-digit compound annual growth rate (CAGR), and that its adjusted EBITDA and EPS will grow by a mid-single-digit CAGR.

It expects to reduce its net-debt-to-adjusted-EBITDA ratio from 2.6 after the deal closes to less than 2.5 by the end of 2023. After the ratio drops below 2.5, AT&T will consider resuming its big buybacks -- which have been suspended since the start of the pandemic last year. 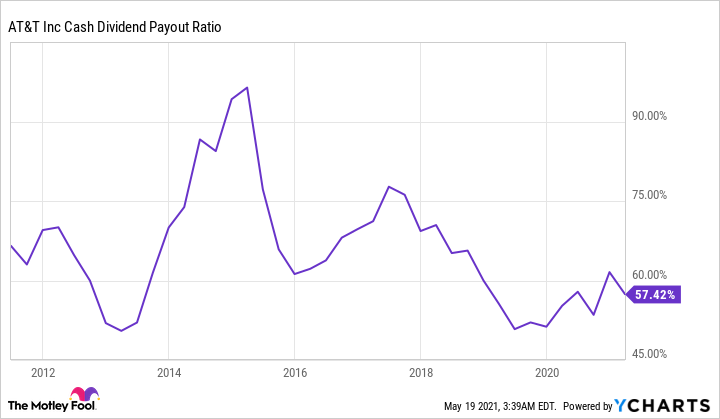 It's time to sell AT&T

In short, investors should expect the "new" AT&T's growth to remain anemic, its debt levels to remain high, and its dividend payments to be lower. Moreover, there's no guarantee that WarnerMedia and Discovery will fare much better in the streaming race as a stand-alone company.

AT&T's low valuation might set a floor under the stock, but investors should sell it and consider buying better dividend stocks with comparable yields for now.