The biotech company has only one drug, Oxbryta, on the market, to treat sickle cell disease. Its shares were up Monday after falling on Friday.

Monday's rise is a good example of a bounce back for blood therapy biotech Global Blood Therapeutics (GBT). The stock closed at $27.55 on Friday, hitting a low of $25.61 during the day's trading, which is pretty close to the biotech company's 52-week low of $25.48. On Monday, it opened at $27.74 and rose as high as $29.18 in midmorning trading, a gain of more than 5%. The company's stock is still down considerably from its 52-week high of $66.18, which it reached last September.

There was no big news behind the stock's climb.

Monday was an up day for the market with nine of the S&P's top sectors up in early trading. The company is coming off of good news in its second-quarter report, announced on Aug. 3, with sales of its sickle cell disease therapy Oxbryta driving $47.6 million in revenue in the quarter, up 22% sequentially and 51% year over year. The company is still losing money -- it reported a loss of $69.6 million in the quarter compared to $52.8 million in the same period in 2020. However, Global Blood Therapeutics has $473.4 million in cash, so it has plenty of time, nearly seven quarters, to turn things around. 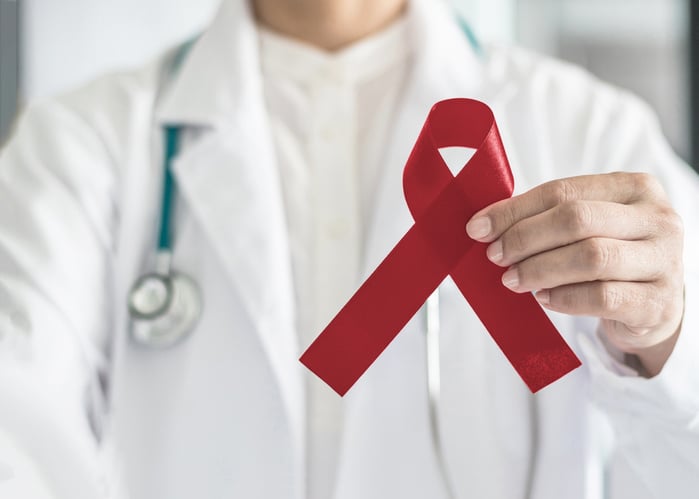 There are a couple of factors for investors to watch with the stock. As with any biotech company with a successful drug, there's the possibility that Global Blood Therapeutics could be bought out by a larger company and obviously, that would help the stock's price.

There are also concerns that potentially curative gene-based therapies to treat sickle cell disease, such as one being worked on by Vertex Pharmaceuticals and CRISPR Therapeutics, would dull the need for Oxbryta, which alleviates the symptoms of sickle cell disease like vaso-occlusive crises. There is the potential sickle cell disease could be treated with gene therapy as it stems for a single gene mutation.

The company has other sickle cell disease drugs in its pipeline, including inclacumab, a drug that initially was developed by Roche Holding to treat cardiovascular disease. Global Blood Therapeutics is testing it to see if it can reduce the frequency of vaso-occlusive crises. It also is working on GBT021601, a potential next-generation sickle hemoglobin polymerization inhibitor that may increase the number of healthy red blood cells in sickle cell disease patients.