Find out where the big winners were late Wednesday.

Wall Street had another solid day on Wednesday, sending the S&P 500 (^GSPC -0.12%) and Nasdaq Composite (^IXIC -0.18%) to new records once again. Gains were relatively modest, but the Dow Jones Industrial Average (^DJI 0.10%) also picked up ground on the day.

Earnings reports led to some big moves in after-hours trading. Two of the biggest winners were Ascendis Pharma (ASND 2.99%) and Williams-Sonoma (WSM -0.23%). Below, we'll look more closely at why these stocks did so well.

Shares of Ascendis Pharma were halted for much of the regular trading session for pending news. The stock traded up more than 21% in the after-hours session once investors found out what that news had been.

The key win for Ascendis came from the U.S. Food and Drug Administration, which approved its Skytrofa once-weekly treatment for pediatric growth hormone deficiency. The condition is an orphan disease that has previously required daily injections, and Skytrofa's big advantage is giving patients the ability to reduce those injections by 86% over the course of each year. Ascendis expects to make Skytrofa available in the U.S. market in the near future.

Ascendis also said in its quarterly financial report that the phase 3 clinical trial for its TransCon PTH candidate treatment for hypoparathyroidism has exceeded its target enrollment. The biopharma company expects top-line results to start coming in during the first quarter of 2022.

Ascendis has pursued extended-release technology for a long time, and Skytrofa is a proof of concept that could eventually lead to other candidate treatments. If the company can build on this success, then its stock could see further gains. 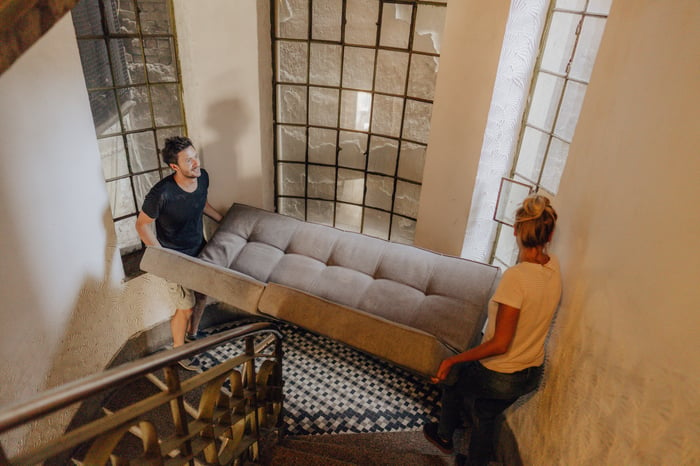 Williams-Sonoma also saw its stock get a boost after hours. A 12% gain followed the home furnishings retailer's most recent quarterly results.

The numbers reflected plenty of enthusiasm about an economic recovery. Revenue jumped 31% year over year during the second quarter of 2021, with comparable brand revenue climbing 29.8%. Growth was even more impressive when measured against pre-pandemic levels, as comps grew more than 40% from the same period in 2019. Adjusted earnings soared 80% to $3.24 per share.

Williams-Sonoma expects good times to last for the rest of the year. It boosted 2021 guidance for revenue growth into the high-teens to low-twenties on a percentage basis. The retailer expects higher operating margin of 16% to 17% as well, and it believes it will achieve its long-term goal of $10 billion in revenue a year sooner than its initial 2025 target.

Investors were also pleased to see Williams-Sonoma sharing the wealth with shareholders. The company announced a boost to its dividend of 20%, giving the stock a dividend yield of around 1.7%. Williams-Sonoma also committed $1.25 billion to a new stock repurchase program.

Some have feared that the economic reopening could be difficult on home furnishings stocks that held up well during the pandemic. However, it appears that Williams-Sonoma is encountering no such difficulties, and investors look more optimistic than ever that the future could remain bright for the company throughout 2021 and beyond.