Please ensure Javascript is enabled for purposes of website accessibility
Log In Help Join The Motley Fool
Free Article Join Over 1 Million Premium Members And Get More In-Depth Stock Guidance and Research
By Zhiyuan Sun – Aug 25, 2021 at 8:15AM

Now's the perfect time to invest in this fast-growing Russian HR platform.

Since 2000, HeadHunter Group (HHR 0.27%) has been at the forefront of bringing non-state-assigned jobs into countries of the former Soviet Union. The digital recruitment platform has hosted over 1 billion job applications from inception, and its revenue is soaring.

In addition, one need not worry too much about competition from Microsoft's LinkedIn, as the latter is currently banned in Russia due to not abiding by the country's data privacy regulations. So let's look at why now's the time to invest in what SimilarWeb says is the world's third-largest jobs and employment search engine. 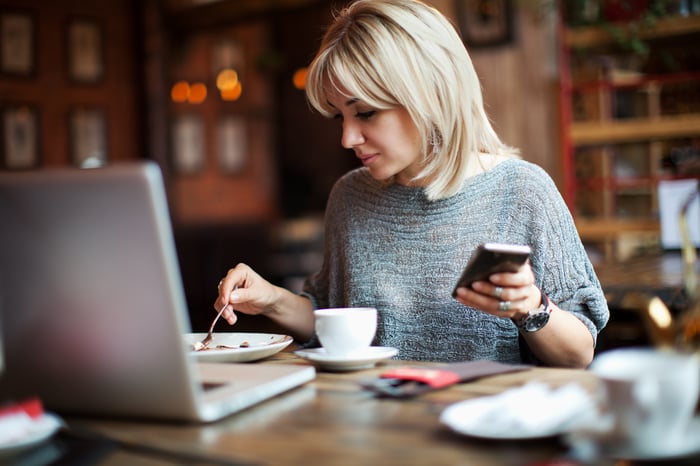 What's so special about HeadHunter?

At the time of writing, there were 6.55 million job seekers, 124,482 employers, and 185,071 vacancies listed on the HeadHunter website. In addition, the company has partnerships with 1,321 talent-poaching agencies. On Alphabet's Google Play app store, the HeadHunter app is rated 4.8 out of five stars with 743,967 reviews. The app has over 10 million installs.

The website is not that different from the likes of the job search engine Indeed (the world's largest). Its business model has changed very little over the years. Enterprises pay for the right to access HeadHunter's enormous database, as well as the ability to list vacancies.

But its use is not limited to matching job seekers with potential employers. Data analytics firms also benefit from accessing HeadHunter's database. The total number of paying customers on the site surpassed 300,000 in the first half of the year. This was also partly driven by acquiring competing hiring site Zarplata.ru (literally: "salary"), which has a substantial market share in Siberia and the Ural Mountains. The deal, completed at the end of 2020, added more than 125,000 enterprise clients to its platform.

HeadHunter's presence is not only limited to Russia. Like many other Russia-based tech firms, the company extends across the former Soviet Union, most notably in Ukraine. Its grc.ua subsidiary currently hosts 91,493 companies with 21,027 vacancies. Only about 8.1% of its sales are coming from outside Russia at the moment, so there's definitely a lot of potential for it to grow.

What's more, HeadHunter is highly profitable. Its net quarterly income of 1.28 billion rubles increased a stunning 435% compared to 2020's Q2. Granted, the 2020 quarter was for the three months ending June 30, and it partially reflects the low level of jobs being posted at the initial height of the pandemic during that time. But the 2021 figure also doesn't account for HeadHunters' new acquisitions, so not all the growth is pandemic related. The company has a net income margin of 33%.

Some of this growth also comes from the increasing digitization of the Russian economy due to the pandemic. But do not expect the rate of growth to be sustainable.

Recent lockdowns due to the rampant spread of the delta variant in the Moscow Oblast (the metro region surrounding the actual capital) caused a huge round of layoffs in its hospitality sector. Unfortunately, it has been widely reported that most Russians do not trust taking their own state-developed Sputnik V vaccine, and vaccine hesitancy as a whole is pretty standard in the country. Because of this hesitancy, investors should be aware that more lockdowns are likely to disrupt hiring activity in the regions HeadHunters serves in the quarters to come.

Despite this potential headwind, the past year has shown that tech companies with substantial market shares have managed to weather the pandemic just fine. Sales growth might go down with lockdowns but they tend to soar once the lockdowns end. In addition, HeadHunter stock is only trading for 59 times earnings, which is far cheaper than the Information Technology sector average of 102 times earnings. So if you have a sense of adventure (into distant, frigid lands) and a big risk appetite (for Russian HR platforms), this is a solid tech stock for you.