This undervalued Russian tech conglomerate has more than meets the eye.

Shares of Yandex (YNDX -6.79%) have had a fantastic run-up in the past five years with a return of 192.7%, far outpacing the S&P500's 125% during the same period. It was one of the biggest private enterprises to emerge from the ashes after the fall of the Soviet Union.

The popular search engine and conglomerate has taken countries in the former Soviet Union by storm, accumulating 59.7% market share in the region stretching from Minsk in the west to Vladivostok in Asia. Whether benign or adversarial, it is now the fifth most popular search engine in the world after Verizon's (VZ -0.39%) Yahoo! Let's look at why brave American adventurer-investors can benefit from this favorite stock of the Russian people. 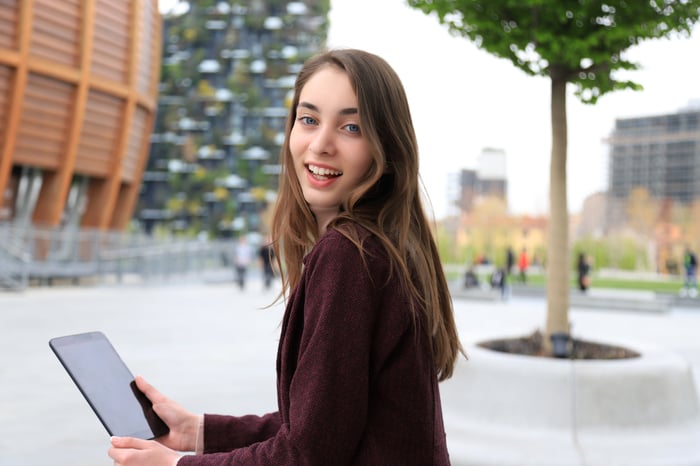 There was noticeable growth across all of Yandex's segments in the past quarter. For starters, advertising revenue from its search engine, excluding target acquisition costs, increased by 54% year over year to 39.419 billion rubles ($537 million). It is the segment with the highest margin for operating income less noncash items (EBITDA), at 46%. Next, revenue from its taxi service increased by 114% in the same period to $383 million. In addition, the company saw gross merchandise value on its e-commerce platform soar by 155% to $479 million. Finally, its media services and Quora-like content curation service grew by 128% and 14%, respectively, compared to last year's quarter.

On the whole, the company's revenue and net income soared to $1.1 billion and $13.8 million, respectively, representing 70% and 34% year-over-year change. The pandemic pushed Russians to spend more time online, especially in areas like e-commerce.

But don't worry, Yandex has the upper hand when it comes to beating Alphabet's (GOOGL -0.55%) Google and Amazon (AMZN -1.44%). Many Russians are still upset that Uncle Sam and his NATO allies delivered the finishing blow to their "pride of the working class" a few decades ago. A distrust of the West has led to a wave of tech nationalism, causing them to rush to domestic alternatives like Yandex.

There's every reason to believe that Yandex could sustain its momentum. It is currently in talks to acquire Azbuka Vkusa (Alphabet of Taste), one of the largest premium supermarket chains in the Moscow and St. Petersburg region, for $300 million. This would synergize well with Yandex's new food delivery service, as it could potentially merge into a grocery-delivery segment similar to that of Instacart. The existence of a fully developed Yandex taxi network would then further compound synergies from both initiatives.

Last month, Yandex completed its acquisition of Acropol Bank for $14.7 million, gaining full banking licenses for its move into fintech. It is a sector with huge growth potential, as some Russians do not yet have bank accounts. (Capitalism only entered the country in 1991.) Not only could it pursue a mobile-payment wallet model like that of Qiwi (NASDAQ: QIWI), but it could also solicit more customers onto its e-commerce/taxi segment by offering exclusive discounts for those who use its financial products as well.

The stock currently trades for 5.3 times revenue and 88.7 times earnings, which is low in the context of its growth. Over the years, I'd expect the company to evolve into a conglomerate-as-a-service model in which a membership fee would provide access to its search engine, taxi services, grocery delivery, financial products e-commerce, and the like from a single consolidated app. I'd highly recommend that the most seasoned of tech investors check out this gold mine in the frigid hinterland.

Can Yandex Weather a Second Wave of COVID-19 Infections in Russia?
376%