Sea Limited beat analysts' expectations in the second quarter of 2021.

Let's delve into the factors behind Sea's impressive quarter, then see what could lie ahead for this growth stock. 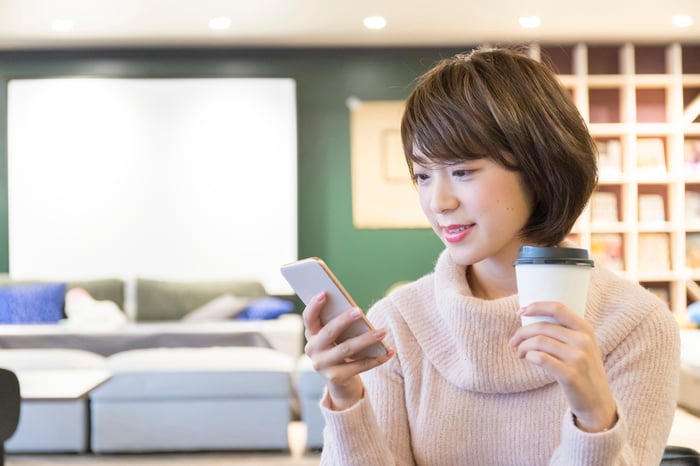 Sea posted $2.3 billion in revenue, up from $882 million a year ago. This solid performance was driven by blowout growth at Sea's gaming and e-commerce divisions -- Garena and Shopee, respectively. Garena's revenue hit $1 billion for the quarter -- up 167% from a year ago -- while Shopee's revenue rose 161% to $1.2 billion.

Both businesses also did well from an operational perspective. Garena's quarterly active users grew 45% to 725 million while quarterly paying users rose 85% to hit 92 million in the second quarter of 2021. As a plus, quarterly paying users made up 13% of all quarterly users -- up from 10% a year ago. Shopee delivered a similar standout performance, on the back of a 127% surge in gross orders and an 88% rise in gross merchandise value.

Garena: The gift that keeps on giving

Garena has always been Sea's biggest moneymaker. The gaming company has grown spectacularly in recent years while churning out massive profits. As Sea reinvests these profits into Shopee and its fast-growing fintech business -- Garena's success is turbocharging the growth of the entire group.

And it more than delivered in the second quarter of 2021, turning in another stunning performance. Revenue more than doubled, while adjusted earnings before interest, taxes, depreciation, and amortization (EBITDA) rose 70% to reach $741 million.

Garena continues to ride the success of Free Fire, its flagship title and one of the world's most popular mobile games. In the second quarter of 2021, Free Fire hit over a billion downloads on Google Play. It was the third-most-played game on the platform and the highest-grossing mobile game in Southeast Asia, Latin America, and India.

What's more interesting, though, is that Free Fire is gaining serious traction in developed countries. Free Fire has been the top-grossing mobile battle royal game in the U.S. for two consecutive quarters, beating out popular titles like Call of Duty: Mobile and PUBG Mobile. As Free Fire continues to explode in popularity, it will pave the way for Garena to become a truly global gaming giant.

For Sea, this brings tremendous benefits. As a start, Garena could extend the life-span of Free Fire, which Gerena released in 2017. This will create opportunities to juice more profits from the franchise while buying time for Garena to develop its next big hit. On top of that, Garena's success will serve as a launchpad for Sea's other businesses -- such as Shopee -- to expand internationally. I won't be surprised if Sea launches Shopee in the U.S. someday.

Full steam ahead for Shopee and Sea Money

Shopee is already the leading e-commerce platform in Southeast Asia, but it's not resting on its laurels. In the second quarter of 2021, Shopee was the most downloaded app on Google Play. It was also the second-most-downloaded shopping app on the Apple and Android platforms, according to App Annie.

Unlike Garena, Shopee remains at an early stage of monetization. As a result, while revenue more than doubled from a year ago, Shopee reported a negative adjusted EBITDA of $580 million for the quarter, up 84% from a negative adjusted EBITDA of $314 million a year ago. But there's a good chance Shopee will -- sooner or later -- turn around its profitability. In fact, Shopee is already profitable in Taiwan and Malaysia.

Another bright spot for Shopee is Latin America, where the online retailer is growing fast. For perspective, Shopee is now Brazil's most popular shopping app -- despite having launched there only in 2019. Shopee is scaling across the region, where it has years of growth ahead.

As Sea rides the rising wave of e-commerce and fintech adoption in its core markets, both Shopee and Sea Money will be busy for years to come. And with Garena cranking out ever-growing profits, Sea has the firepower it needs to fuel the growth of these two businesses.

What's next for Sea?

In the second quarter of 2021, Sea blew past investor expectations through near-perfect execution. The company has bumped up its full-year revenue guidance for Garena and Shopee -- a sign it expects recent momentum to continue.

In other words, 2021 is shaping up to be another great year for Sea.