The potential for a third shot is giving them a boost.

With many of those in the U.S. and U.K. already receiving their jab, and the delta variant circulating, much of Wall Street's work has been trying to calculate how much of an opportunity booster shots represents. 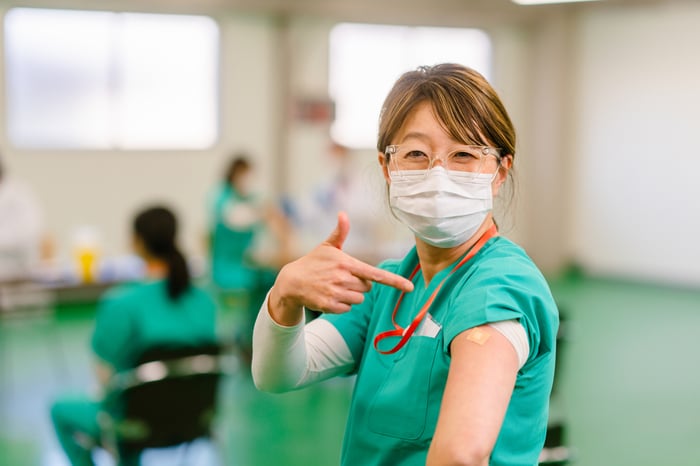 Some of those questions are starting to get answered. In the U.K., the two will participate in a government-funded study named Octave Duo -- along with Pfizer (PFE 0.74%) -- to evaluate the effectiveness of an additional shot for people with weaker immune systems.

In another U.K. study, researchers said the effectiveness of the Pfizer-BioNTech (BNTX -0.88%) vaccine fell six months after the second dose. Although the jab was initially deemed 95% effective at preventing infection, the latest study shows protection waning to 88% after one month and 74% after five to six months.

Early results from the Octave Duo study won't be available until later this year. But they could offer more than a modest increase for the currently authorized vaccines. It might pave the way for Novavax should the study prove its jab is superior.

Similarly, the data on the Pfizer vaccine offers the possibility that the offering from either Moderna or Novavax will be the premier selection for boosters in the months and (possibly) years ahead. While many assume the two messenger RNA drugs will perform the same, some data has suggested Moderna could be superior. Like so many vaccine questions over the past 18 months, investors will just have to wait for more data.