Please ensure Javascript is enabled for purposes of website accessibility
Log In Help Join The Motley Fool
Free Article Join Over 1 Million Premium Members And Get More In-Depth Stock Guidance and Research
By David Jagielski – Aug 26, 2021 at 6:45AM

A lack of sales growth and rising expenses could send this struggling stock even lower.

An up-and-coming business like Zomedica (ZOM 1.37%) that is still in its early growth stages is naturally a riskier stock to buy than that of more established companies. It could be years before the business turns a profit, and its investors know they are taking a big chance. But if Zomedica's Truforma system, which veterinarians use to run diagnostics on animals, proves to be a hit, early investors could rake in huge gains.

Growing the business could take time. Managing expenses and minimizing losses will be crucial to keep the stock from falling, especially when the company isn't making money. But Zomedica's aggressive sales strategy could be doing it a disservice based on recent results. A major problem with this small-cap stock can be summarized with just one number... 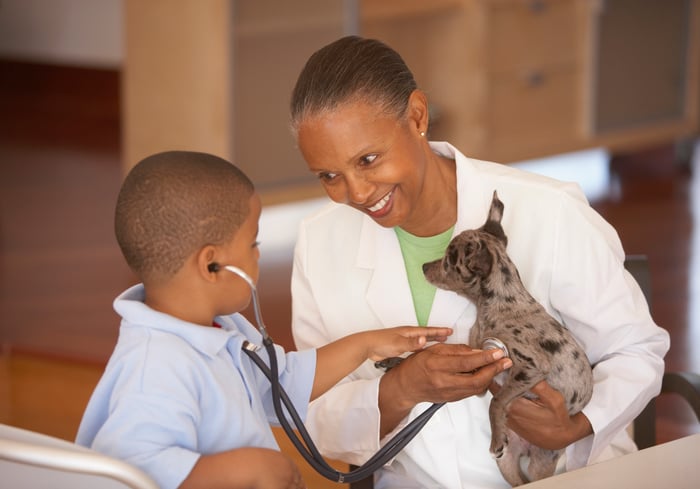 This isn't the company's operating loss or total expenses; instead, it reflects how much its selling, general, and administrative (SG&A) costs grew from the previous period. Zomedica has been investing into its sales force, and for the second quarter ended June 30, its SG&A was $5.04 million. Three months earlier, in the first quarter, that line item totaled just $3.47 million.

That's a 45% quarter-over-quarter increase in SG&A for a business that, so far, hasn't had much to show for it. It made the first commercial sale of its point-of-care diagnostics platform, Truforma, in March so sales were minimal in Q1 at $14,000. The platform, which the company says improves the accuracy of diagnostic tests, including checking for hyperthyroidism (an overactive thyroid) on pets, remains largely unproven. And in Q2, sales weren't much higher at under $16,000. What's even more troubling is that even the company's cost of revenue, at $35,873, was higher than its top line of $15,693-- and up sixfold from $6,000 in Q1.

Zomedica is producing a high rate of growth just about everywhere except revenue. Its net loss of $4.7 million this past quarter was smaller than in the prior-year period, but that was mainly due to a gain on extinguishment of debt.

Does its early growth mean it should get a pass?

The counterargument for early-stage businesses is that it will take time to become profitable and produce meaningful numbers. While it's too early to know whether Zomedica's Truforma will succeed, there are some warning signs that investors shouldn't ignore.

Not only have expenses already been rising at a staggering rate, but the company plans to add even more people to its sales force. It's not until the fall that Zomedica says it will be at "full planned strength."

The company also said that a delay in developing assays has negatively impacted the market for Truforma. Veterinarians use assays in the Truforma platform to test for disorders and diseases, but only three of the initial five that the company planned for are available now. Zomedica anticipates its development partner, Qorvo Biotechnologies, will have the remaining two assays ready before the end of the year, which Zomedica believes will help with the sales and adoption of Truforma.

It's important to consider what the company isn't saying. It has been five months since the first commercial sale of Truforma, and there hasn't been a big announcement involving a large deal or even any pro forma sales numbers to measure the company's progress. One way for companies to show progress is to highlight the sales figures they expect from deals they have made. Zomedica has been quiet on that front. And while it's possible that once more assays are available, more veterinarians will sign on, the company shouldn't need to add to its sales force for that to happen.

Investors may want to skip this risk, for now

Zomedica rose to popularity amid the meme stock hype earlier this year, but over the past six months, its stock has crashed nearly 75% while the S&P 500 has risen by 14%. 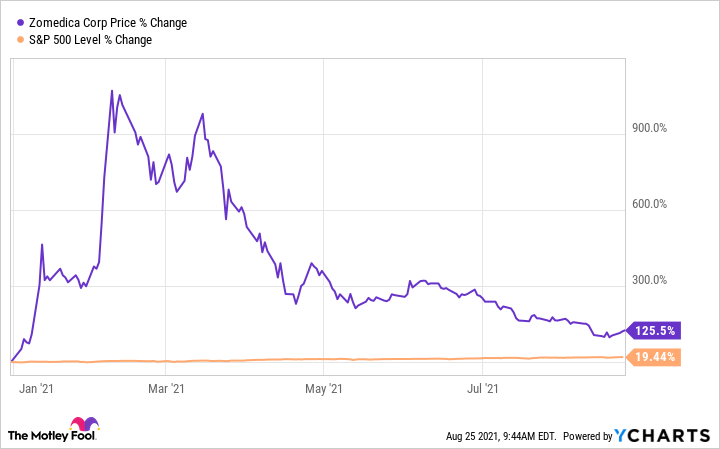 One positive is that with cash of more than $276 million as of the end of Q2, the business isn't in danger of running out of money anytime soon given its current rate of cash burn ($13 million from its day-to-day operating activities over the past 12 months.)

But that alone isn't enough of a reason to buy the stock. Without something positive to show investors proof that the heightened sales efforts are paying off, shares of Zomedica may continue falling. At this point, the small-cap stock is a risky growth investment that probably only makes sense for those with an appetite for risk and a long time horizon. Many retail investors have lost interest in it and institutional investors will likely steer clear of it due to the uncertainty surrounding the business and its small size (Zomedica's market cap is around $500 million.) Given its lack of revenue and little reason to expect a turnaround soon, investors may be better off taking a wait-and-see approach to this stock.