More Bitcoin mining uses renewable energy than ever before.

China cracked down heavily on Bitcoin (BTC -0.96%) miners earlier this year because their reliance on fossil fuel energy, forcing many companies to relocate to friendlier climes -- and utilize cheaper and more abundant renewable energy. This sudden shift toward sustainability has inadvertently made Bitcoin more attractive to institutional investors, which could have ripple effects for individual Bitcoin investors, too.

The Chinese government initiated a sweeping crackdown on Bitcoin mining in March and April this year. Beijing is attempting to reach its carbon target, and cryptocurrency mining uses a lot of coal-powered energy on the mainland.

China was once the leading country for Bitcoin mining, generating more than 65% of the total computing horsepower, here known as hashpower, to create new bitcoins. The latest crackdown has seen the vast majority of mining hardware powered down by miners in preparation for what the media termed the "great miner migration." 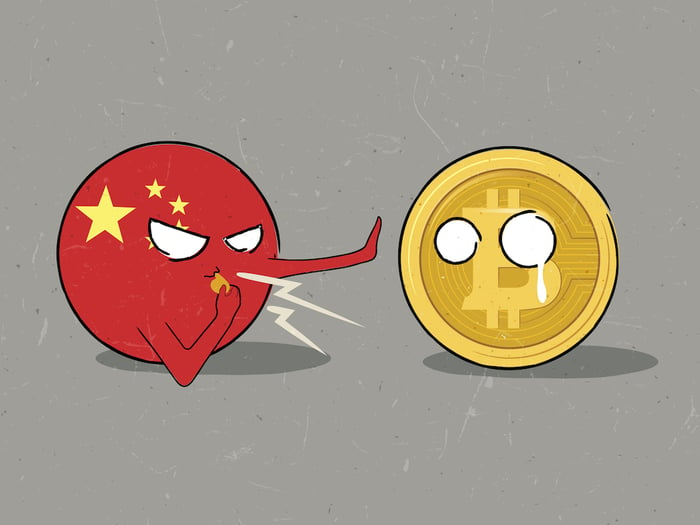 At the time, the news shook markets, and by mid-July, Bitcoin prices had fallen more than 60% from their all-time high of around $65,000 in mid-April. Bitcoin's total worldwide computing power plunged by more than half while the mining companies relocated.

Adding fuel to the fire, billionaire entrepreneur Elon Musk made a u-turn on his pro-Bitcoin stance in mid-May, stating that Tesla would no longer accept the digital asset as payment for vehicles because of climate and fossil-fuel energy concerns.

Many mining firms seeking friendlier jurisdictions also favor renewable energy to power their mining hardware. As a result, states such as Texas have become a mining mecca: The state gets 25% of its power from a combination of wind and solar. In 2020, 28% of all U.S. wind-powered electricity was produced in Texas, according to the EIA.

Four months after the great miner migration, both hashrates and Bitcoin prices have recovered, with BTC topping $50,000 again on Aug. 23, and hashpower tripling since its late June lows.

The "bad for the environment" argument has lost some of its potency now that a large swath of mining operations has relocated to countries with abundant renewable energy such as the U.S., Canada, Kazakhstan, and Russia. Most miners new to North America will be powered by renewables, or gas offset by renewable energy credits, according to Fred Thiel of Marathon Digital (MARA -5.70%). This greener profile could likely make Bitcoin more attractive to financial institutions and large corporations.

With diminished competition from China, Bitcoin mining has also become extremely lucrative for U.S.-based firms. One of the largest, Riot Blockchain (RIOT -6.01%), reporting record revenue for mining operations -- up 1,540% year over year to $31.5 million -- in the second quarter. Riot competitor Marathon Digital also reported increased total revenue of $29.3 million for the same period, up more than 10,000% from the prior-year quarter.

Even with its move toward more renewable power sources, many critics argue that Bitcoin production uses too much energy. According to Cambridge University, global BTC mining operations consume more electricity than Finland, at 90 terawatts per year.

Some companies are drawing fire from environmentalists for using Bitcoin to justify further pollution. Privately held Greenidge Generation converted a former coal power plant to natural gas in Dresden, New York -- all to power a massive Bitcoin mining operation. It wouldn't be consuming energy, or emitting carbon, if not for Bitcoin.

However, Greenidge is one of many such business claiming to have invested heavily in reliable carbon offset credits to ensure it maintains net-zero carbon emissions for BTC mining operations. It's also using its mining profits to turn an nearby ash dump from its coal-burning days into a solar farm. While Bitcoin mining chews up a lot of power, it can also use otherwise wasted energy that other industries can't, such as flare gas, a byproduct from the oil industry.

Environmental concerns aren't Bitcoin's only potential roadblock in North America. A major regulatory clampdown in the U.S., such as the new crypto tax reporting bill, could stifle further innovation and investment. Companies may be reluctant to relocate to America if the government takes a heavy-handed approach to crypto assets, especially since there are plenty of other nations with open arms and renewable energy.

How should you play this big Bitcoin shift?

The last six months' events have made Bitcoin a more attractive investment prospect for larger carbon-conscious companies and financial institutions, since it is now more environmentally friendly than it was when China dominated mining at the beginning of 2021.

With large banks such as Morgan Stanley, Goldman Sachs, and Citigroup eyeing the Bitcoin and crypto asset ecosystem, the narrative is likely to strengthen. In addition to banks, Bitcoin demand from private firms such as Tesla, Square, and PayPal buying or holding are likely to push up demand, and ultimately price in the longer term, as Bitcoin's finite supply diminishes.

With all that in mind, it may not be a bad idea to allocate a portion of your investment portfolio to some greener Bitcoin.