Box beat earnings, but the guidance wasn't anything to write home about.

Shares of Box (BOX -0.68%) stock slipped 2.3% as of 11:55 a.m. EDT today, despite the cloud content manager reporting second-quarter 2021 earnings that beat expectations on both the top and bottom lines. 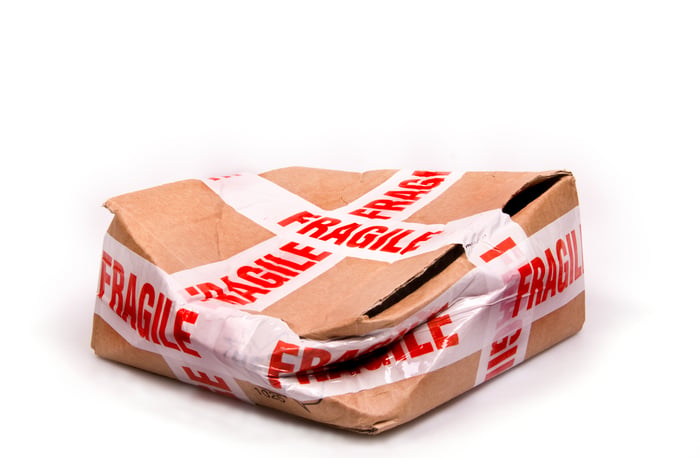 Why didn't investors react better to the earnings beat? Well, for one thing, Box didn't actually earn $0.21 per share -- that was just the pro forma number, and excluded costs that the company deemed one-time in nature. When calculated according to generally accepted accounting principles (GAAP), Box actually lost money for the quarter -- $0.08 per share. And unlike the pro forma number, this was worse performance than a year ago, when Box had lost only $0.05 per share.

So, not great news.

That being said, Box did grow its sales 12% year over year, and it did increase free cash flow for the quarter 81% to $29.8 million, so the news could have been worse.

Guidance was also somewhat positive, with Box predicting that Q3 revenue will grow a modest 1% to about $218.5 million, and that full-year revenue will likewise rise -- a bit less than 1% to just $858 million.

That's still growth, and it's better than seeing revenue shrink. Still, you have to admit that the growth rate isn't spectacular, and Box warned that it will lose money for both the coming quarter ($0.08 to $0.09 per share) and for the year as well ($0.32 to $0.34).

Long story short, this appears to be a story of a moderately growing business starting to grow even slower, and losing money all along the way. Investors have a right to feel disappointed today.