Please ensure Javascript is enabled for purposes of website accessibility
Log In Help Join The Motley Fool
Free Article Join Nearly 1 Million Premium Members And Get More In-Depth Stock Guidance and Research
By Will Ebiefung – Aug 27, 2021 at 10:21AM

The African e-commerce site offers massive long-term potential. But did it enter the market too soon?

E-commerce is one of the most pivotal retail megatrends in our lifetime, and the transformation is far from complete. While e-commerce platforms like Amazon and Alibaba Group Holding are solidifying their dominance in established markets, Jumia Technologies (JMIA 12.81%) aims to build a first-mover advantage in one of the last frontiers for widespread online shopping: Africa.

Is it time to bet on Jumia or sit on the sidelines until the market becomes more developed?

It is unclear how fast Africa's e-commerce market is growing or how much it is worth from a business perspective, but it has potential. First, Africa has a massive population of 1.4 billion, with an average age of 20. Second, and more important, internet use is surging, which drives e-commerce adoption. 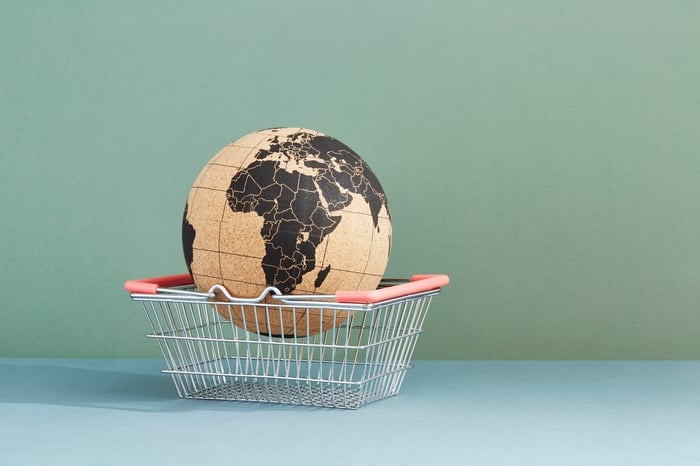 Cisco estimates that internet traffic in the Middle East and Africa grew at a compound annual rate of 42% between 2016 and 2021. And massive investments in infrastructure could help the sector keep its momentum in the coming decades. Facebook (META 7.89%) is installing a subsea cable called 2Africa that will provide almost triple the network capacity of all subsea cables currently serving the continent by 2023. Alphabet's (GOOG 6.30%) (GOOGL 6.09%) Google is undertaking a similar project called Equiano, expected to complete the first phase this year.

But internet penetration doesn't guarantee e-commerce adoption. And Jumia's challenge will be to overcome Africa's hard infrastructure challenges (roads, bridges, and the like) while encouraging the adoption of a brand new way of shopping for many people. So far, the results aren't encouraging.

Growing at a snail's pace

Jumia's first-quarter revenue increased by a measly 4.6% year over year to $40.2 million. And that wasn't even driven by its core third-party e-commerce marketplace, where annual active customers only grew just 3.3% to 7 million. Marketing and advertising (up 18%) was the company's best-performing segment in the quarter, but this opportunity has a very limited runway for expansion with user growth so slow.

To make matters worse, the total value of goods sold on Jumia (gross merchandise value) declined by 11% to 223.5 million as consumers shifted from high-value items like phones to everyday items like toiletries.

This slowdown is alarming because Jumia is still far from profitable and would benefit from more scale to cover its overhead. General and administrative costs totaled a whopping $34.2 million (85% of revenue) in the second quarter, and its operating loss increased 25% year over year to $51.6 million in the period.

That said, management is taking steps to turn things around. Jumia is boosting its investment in marketing and technology and has begun testing micro fulfillment centers in highly populated areas to help deliver groceries. It is also developing social commerce features like user-generated content (video/picture uploads). But it could take years for these efforts to trickle down to the company's bottom line, and that's a long wait for shareholders.

Jumia is not a buy (yet)

While Jumia faces massive challenges, I don't think it's a write-off. The African e-commerce market has potential, but it isn't mature yet. And Jumia might have arrived too early to create a viable business in the niche.

But the company has accumulated logistics infrastructure, along with user data and experience that could be valuable in the right hands. Jumia stock is not a slam-dunk buy right now, but it is certainly worth watching.