The House of Mouse is gaining streaming customers quickly, but investors need to look at the details to get the whole picture.

Walt Disney's (DIS 0.85%) financial results for the third quarter of fiscal 2021 easily beat Wall Street analyst estimates for both revenue and earnings. What stood out, however, was that Disney+ subscriber numbers totaled 116 million as of July 3, an incredible accomplishment for a service that was launched in November 2019.

This impressive customer growth doesn't tell the entire story. Although Disney+ is catching up to the streaming entertainment pioneer, Netflix (NFLX 1.09%), it still significantly underperforms in one key metric.

Read on to find out what that data point is and why it matters. 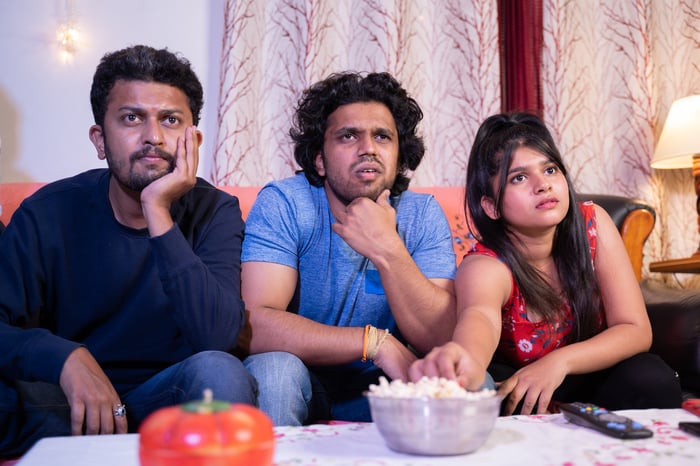 During third-quarter 2021, Disney+ generated average revenue per user (or ARPU) of $4.16, down from $4.62 in the prior-year period. This figure tells us how much in monthly sales each Disney+ member brings in for the company, and it is one of the most critical numbers to focus on for any subscription business. Netflix crushes the House of Mouse, with ARPU in its most recent quarter coming in at $11.65, rising 8% from Q2 2020.

Why does this matter so much? Not only do these companies have to continue growing their customer bases, but they need to find ways to monetize them at a higher rate over time, resulting in greater profit due to the inherent pricing power. Disney+ has been adding viewers at a fast clip, but this is only half of the equation, and it has come at the expense of revenue per user.

When it comes to the remarkable subscriber growth of Disney+, what many people fail to realize is that most of these new adds are coming from Disney+ Hotstar, the company's streaming service offering in India, Indonesia, Malaysia, and Thailand. Consumers in these developing countries pay far less than those in the U.S., so as more people from this region join, the ARPU for Disney+ will naturally fall.

Christine McCarthy, Walt Disney's CFO, gave a helpful explanation. "Disney+ Hotstar accounted for the majority of our net subscriber additions between Q2 and Q3, making up a little less than 40% of our total Disney+ subscriber base as of the end of the third quarter," she mentioned on the earnings call. If this trend keeps up, Hotstar customers will account for a larger share of Disney+ customers.

Netflix stands out even more given the fact that roughly two-thirds of its new viewers are outside the lucrative U.S. and Canadian markets. And Netflix has also made a big push in India, with plans to invest hundreds of millions of dollars and release 40 local productions in the near future. Even so, ARPU in the Asia-Pacific region has kept marching higher quarter after quarter. With more growth coming internationally, Netflix has proven that it can offset lower-priced plans abroad with price increases in the U.S.

While Disney+ did raise monthly prices by $1 in March, it can't compete with Netflix's long history of flourishing at this game. This will be important for shareholders to watch in the years ahead.

Pay attention to the details

As an investor, it's way too easy to focus just on the headline figures when companies report earnings. In Disney's case, management's priority of going direct-to-consumer has led the market to fixate, unsurprisingly, on subscriber additions with each passing quarter. But astute investors must dig beneath the surface to get the whole picture. And the conclusion to be found is that Disney+ still trails substantially behind Netflix when it comes to a crucial metric for these streaming businesses.

Don't get me wrong. Membership growth is extremely important. But for Disney+ to match Netflix's tremendous success, ARPU will have to start rising in the years ahead. Investors in these stocks should put down the remote and pay attention.