The majority of investor focus seems to be on the reported drop in monthly active users.

Pinterest (PINS -2.81%) was a prime beneficiary of stay-at-home orders following the pandemic's onset. As folks stayed home more often, they looked to the image-based social media app for inspirational ideas.

In all, Pinterest attracted over 60 million monthly active users (MAUs) since the start of the pandemic, before losing more than 20 million when economies started reopening. The reversal of MAU growth spooked the market, and the stock fell in response. Still, investors missed one major thing from the company's second-quarter earnings report that reflects a brighter picture. 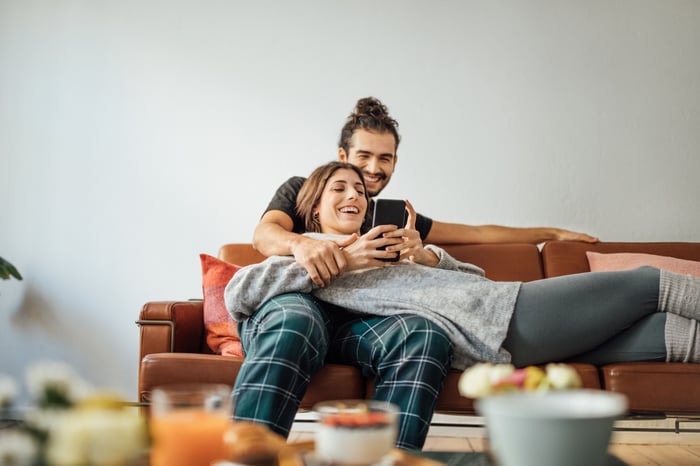 Expanding on the thought further, MAUs from the U.S. brought in an ARPU of $18.86 over the last four quarters. So if you multiply that over the 7 million MAUs it lost, it highlights a potential loss of $133 million in annual revenue for Pinterest. That's a meaningful loss considering the company earned $1.7 billion in revenue in 2020. Understandably, the stock would sell off after that kind of news. However, there was one statement in the company's shareholder letter that may indicate the loss is not as bad as it looks on the surface:

Virtually all of the difference between our Q2 MAU guidance and our actual Q2 MAUs is attributable to a decline in MAUs who use Pinterest on the web. These users have tended to be less engaged and generate less revenue than Pinners who visited our mobile apps directly. In Q2, MAUs on our mobile apps grew in the U.S. year over year, and grew by more than 20% internationally.

Other than the reported MAU losses in the U.S., Pinterest presented a fantastic quarter. Revenue increased by 125% from the year before, and management guided for 40% year-over-year growth in the next quarter. In addition, the company turned the corner on profitability as net income was $69 million, after losing $101 million the year before.

Still, the stock is down 25% in the last month, as the loss of MAUs is taking center stage in investors' minds. So this could be a buying opportunity for long-term investors who have been waiting for a pullback in the stock price to start accumulating shares.