Investing in growth stocks has become quite tricky, especially after investors rotated from growth stocks to value stocks in February. Since then, while some growth stocks seem to have recovered most of their losses, many others are trading at significant discounts to their all-time highs. The latter category includes several fundamentally strong companies with a solid competitive advantage that can be attractive picks for long-term investors. 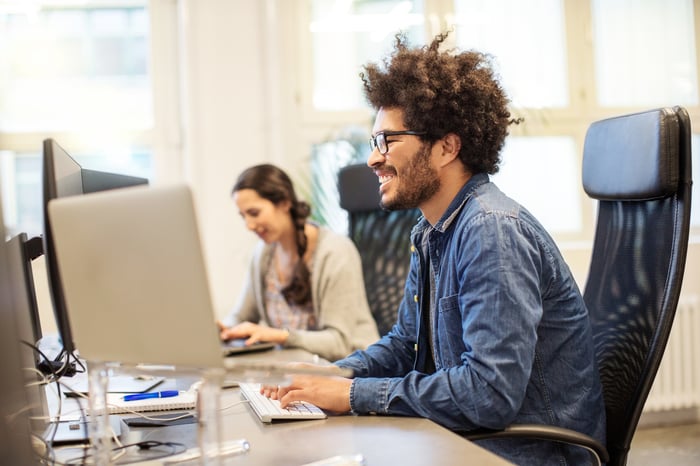 Leading daily fantasy sports and sports betting player DraftKings benefited significantly from the shelter-in-place restrictions during the pandemic. As a result, the company is now well-positioned to leverage the rapidly expanding online sports betting opportunity in the U.S., a market estimated to be worth at least $22 billion at 100% legalization. Currently, sports betting is already legal in 32 U.S. states plus the District of Columbia and in process of getting legalized in two more states.

Besides sports betting, DraftKings is also expanding into other growth opportunities. The acquisition of Golden Nugget Online Gaming (NASDAQ:GNOG) in an all-stock deal worth $1.56 billion will meaningfully expand DraftKings' iGaming (online gambling on outcome or event in a digital game) presence in New Jersey and Michigan. Once completed, this acquisition is also expected to add Golden Nugget's more than 5.5 million members to DraftKings' customer base, thereby opening several cross-selling opportunities. This will enable the company to effectively target the U.S. online iGaming market (online casino market), estimated to be worth at least $40 billion at 100% legalization. DraftKings has also launched an online non-fungible token marketplace, which can soon prove to be a very attractive growth opportunity.

In the second quarter (ended June 30), DraftKings' revenue soared by 297% year over year to $298 million. In addition, the company reported a 281% year-over-year jump in monthly unique payers to 1.1 million, while average revenue per monthly unique payer also rose by 26% year over year to $80. This highlights the company's solid performance even in a recovering economy.

Despite trading at 21.76 times trailing-12-month sales, DraftKings appears cheap, considering that the average price-to-sales multiple of the travel and leisure industry is 28.99. Hence, while it's not yet profitable, many solid tailwinds can drive the long-term growth trajectory of this company.

Redfin has emerged as a disruptive force in the highly fragmented real-estate industry. The company offers online real estate brokerage services at commission rates far lower than those charged by agents. This has helped the company grow its share of the U.S. existing home sales from 0.44% in 2015 to 1.18% at the end of the second quarter ended June 30. However, with the addressable opportunity for its core U.S. real estate brokerage market estimated to be worth $93 billion, there is still huge scope for Redfin to further expand its market share.

While real estate services account for over half of the company's revenue, Redfin is making major strides in positioning itself as an end-to-end real estate solution. To that effect, the company offers mortgage loans, title and settlement services, and instant offers to directly buy consumer homes. Furthermore, the recently completed all-cash acquisition of RentPath has added 16 million of the latter's customers, thereby strengthening the company's positioning in the rental space.

Thanks to its broad portfolio and robust value proposition, Redfin was the No. 1 most-visited brokerage site for three months ending Dec. 31, 2020. In the second quarter, revenue was up 121% year over year to $471 million. The company has guided for third-quarter revenue to rise year over year by 124% to 128%, while net loss is expected to be in the range of $20 million to $24 million, an improvement from the net loss of $34 million in the same quarter of the prior year.

Redfin is not yet profitable and faces stiff competition from peers such as Zillow Group and Compass. However, despite these challenges, the company's positioning as a one-stop shop for real estate needs, plus its solid execution, can boost the share prices in the coming months. 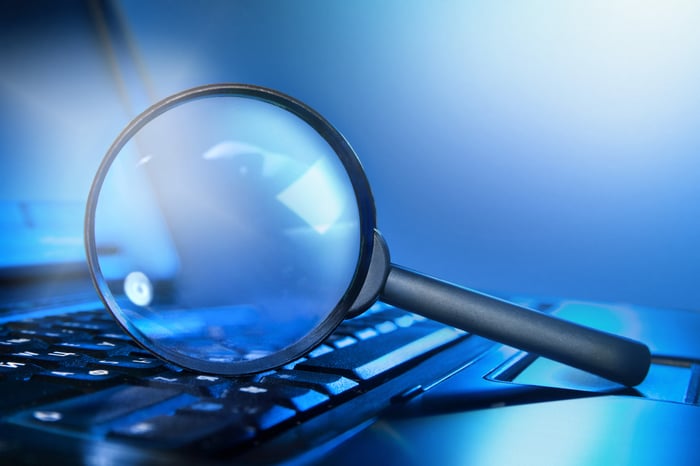 Palantir Technologies is a leading artificial intelligence-based data analytics provider for large government organizations in areas such as defense and intelligence operations.  The company has estimated the total addressable market opportunity in the government sector to be worth $63 billion. Considering the annual run rate from government sources is close to $850 million, there is still a significant runway left for the company in this core market.

Although government clients are highly reliable, the long-term revenue growth potential is believed to be limited. To counter this challenge, Palantir is now mobilizing the full potential of its flagship software platform, Foundry, in the commercial sector. In July, the company launched Foundry for Builders, a data platform specifically targeting younger companies.

In the second quarter, Palantir's total revenue grew year over year by 49% to $376 million. However, the company's U.S. commercial revenue soared by 90% year over year, even faster than the 72% year-over-year hike in the first quarter. The company is already cash-flow positive, with second-quarter cash flow from operations of $140 million and adjusted free cash flow of $201 million. Thanks to the solid cash flow momentum, the company has raised its adjusted free cash flow guidance for fiscal 2021 from the previous estimate of $150 million to over $300 million.

Despite not yet being a profitable company, Palantir trades at a rich valuation of 36.55 times trailing-12-month sales. However, with several growth prospects and rapidly improving financials, the stock seems to be an attractive buy even at these elevated levels.