Don't wait to invest in this top social-media company and fast-growing marijuana powerhouse.

If you're looking for bargain stocks to buy this week, you're not alone. In a market where high valuations  are increasingly becoming the norm, finding stocks trading at reasonable prices isn't always easy.

The great thing about long-term investing is that you don't need to have a lot of money to build a rock-solid portfolio. A smaller amount consistently invested in the right stocks can reap far greater rewards than trying to time the market or buying stocks based on the latest hype.

On that note, let's look at two fantastic companies to buy right now if you have just $300 to invest. 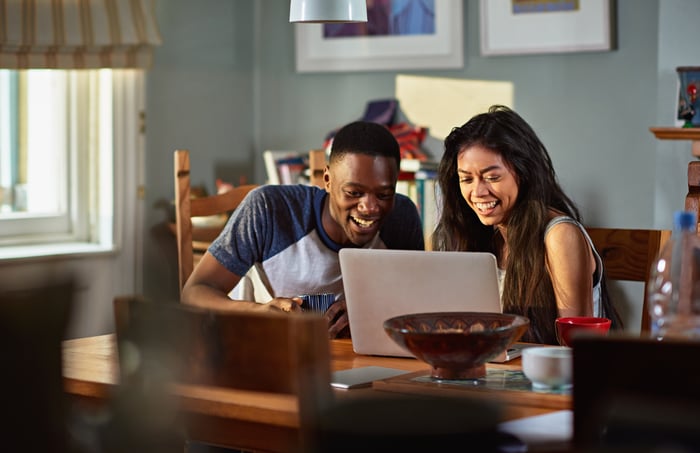 Pinterest (PINS -3.74%) has enjoyed remarkable growth in revenue and share price throughout the pandemic. The social media stock is trading about 50% higher than one year ago, but is still under $60.

Pinterest's image search-and-share business model has made it a popular choice with an increasingly broad audience, from everyday consumers looking for inspiration to global brands seeking to expand their customer base through targeted ads.

The year 2020 was one of record user growth for Pinterest, during which it surpassed the milestone of having 450 million monthly active users on its platform. During the 12-month period, Pinterest also saw its revenue jump by a notable 48% from 2019. In addition, its total monthly active users popped 37% and its average revenue per user surged by 12% year over year.

Pinterest has continued to deliver on its impressive streak of growth in 2021. In the most recent quarterly report, the company said that its revenue grew by 125% year over year. Pinterest's total monthly average users in the second quarter represented a respectable 9% spike from the year-ago quarter, while its average revenue per user saw an 89% hike year over year. One of the most notable points from the second quarter was the fact that it reported net income of $69 million, whereas in the year-ago quarter, it had a net loss of about $101 million.

As the economic recovery from the pandemic continues and brands increase their ad spending, Pinterest has significant ability to expand this side of its business in addition to capitalizing on a fast-growing user base. And with the growth stock currently trading at a discount of about 16% year to date, now looks like a great time for investors buy Pinterest for its long-term potential -- and at a bargain price to boot.

Trading for less than $5 per share, Jushi Holdings (JUSHF 4.59%) is one of the most affordable marijuana stocks for long-term investors to buy right now. Even with its supremely cheap price, the stock is still up about 118% from where it was trading just 12 months ago.

Jushi operates a fast-growing stable of just under two dozen retail stores, along with processing and cultivation facilities, in locations from California to Pennsylvania. It also owns several brands of edibles, pre-rolls, medicinal products, and more.

While some pot stocks suffered from retail closures during the height of the pandemic, Jushi Holdings continued to expand its retail presence, acquire new facilities, and generate robust growth. Its revenue surged by nearly 700% during the 12-month period compared to the previous year, and gross profit spiked nearly 800% from 2019.

Momentum continued in the most recent quarter, during which revenue shot up 220% year over year. Its second-quarter gross profits increased by about 194% from the year-ago period. Plus, the company reported net income of $4.8 million, a marked improvement from the $26.8 million net loss of the first quarter.

Jushi Holdings is about to open its 21st retail location in the U.S., and has already closed multiple acquisitions this year including in Virginia, Ohio, and California. While perhaps a lesser-known pot stock, it has a solid long-term growth trajectory within its booming industry, and no doubt shares will rise in the years ahead. Investors shouldn't hesitate to pounce while it's still trading at a cheap price.

3 Best Unstoppable Stocks to Own in 2022