Please ensure Javascript is enabled for purposes of website accessibility
Log In Help Join The Motley Fool
Free Article
Join Nearly 1 Million Premium Members And Get More In-Depth Stock Guidance and Research
By Will Healy – Aug 31, 2021 at 10:00AM

Reliable cash flows and a history of payout hikes should hold retirees in good stead.

Given the 1.3% average yield of the S&P 500, retirees seeking income may overlook dividend stocks. Moreover, the fact that companies hold no legal obligation to continue payouts may spook some income investors.

However, a number of companies have increased dividends annually for so long that discontinuing payout hikes may result in a loss of confidence in a stock. These Dividend Aristocrats have track records of annual dividend increases going back at least 25 years, decreasing the likelihood that they would want to end such a streak. Thus, stocks such as AbbVie (ABBV -0.13%) and Chevron (CVX -2.58%) can not only offer adequate cash flow but also provide the inflation protection that comes with rising payouts. 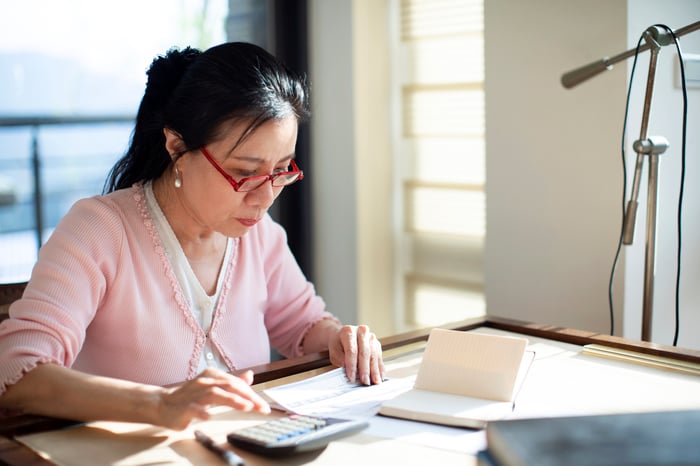 Illinois-based AbbVie is the former pharmaceutical subsidiary of Abbott Laboratories. Its $5.20-per-share annual dividend provides a 4.3% dividend yield -- a payout that should continue to rise due to its aforementioned Aristocrat status.

Admittedly, the stock has struggled in recent years amid patent expirations across the world for its longtime blockbuster drug, Humira. Patents on the autoimmune disease medication have already begun running out in Europe, and its U.S. patent is set to expire in 2023.

AbbVie holds patents on many newer drugs that have seen sales growth rates at or well above 100% per year. Nonetheless, its second-best seller -- cancer drug Imbruvica -- drove $1.4 billion in sales in the second quarter, far short of Humira's $5.1 billion. Hence, one can understand investor concerns that Humira will lose sales to lower-cost competitors.

However, revenue for the first six months of this year came in at $27 billion, 42% higher than the first two quarters of 2020. At the same time, net earnings surged 90% to $4.3 billion amid more modest growth in overall expenses.

Most importantly for dividend investors, free cash flow of about $9.4 billion easily covered dividend expenses of $4.6 billion. Plus, it gives AbbVie time to address Humira's upcoming patent expiration. So the dividend is likely not in danger.

While the stock has surged 27% over the past 12 months and its 30 P/E ratio makes it pricier than before, AbbVie remains firmly positioned to provide significant, rising returns to dividend investors.

For all of the focus on renewables, petroleum and natural gas still accounted for 69% of all energy use in the U.S. in 2020, according to the U.S. Energy Information Administration. This means that oil and gas companies like Chevron should continue to produce investor income.

Chevron and its peers suffered heavily during the pandemic-related shutdowns in 2020. Nonetheless, while lower activity partially caused its debt level to surge $17 billion in fiscal 2020, it allocated much of those proceeds to the $9.4 billion purchase of Noble Energy, an acquisition that increased Chevron's proven reserves. This stands in contrast to ExxonMobil (XOM -2.78%), which needs to invest merely to compensate for falling production.

Moreover, the increased debt allowed Chevron to maintain its dividend in 2020, a year in which free cash flow did not cover the payout. Now, with a dividend increase in Q2 to $5.36 per share annually, the company has moved past most of the pandemic-related difficulties and preserved its Aristocrat status. Furthermore, the company generated $7.6 billion in the first half of the year, easily covering the $5 billion in dividend costs during that period. So Chevron's 5.4% payout is once again on solid footing.

All in all, improving conditions enabled Chevron to report revenue of $69.6 billion in the first six months of 2021, up 54% from the same period last year -- and it became profitable again, earning $4.5 billion.

Such improvements have helped the stock rise by about 16% over the past 12 months, taking the P/E ratio to about 53. This may seem high for a stock whose multiple was in the teens in 2019. However, ExxonMobil sells for a comparable valuation, and a continuing recovery should reduce this P/E ratio. Weighing Exxon's production issues and Chevron's improved dividend sustainability, Chevron stands out as a safer investment for retirees.