The "Trivia Crack" partnership is among several signs that Skillz could be set for massive growth over the coming 24 months.

The stock market rewards short-term performance, often quarter-by-quarter, but a long-term perspective can often reveal a company's future returns better than its most recent quarter will.

Mobile gaming competition platform Skillz (SKLZ 7.44%) is trading near its 52-week lows after its 2021 second-quarter results disappointed many investors. However, here are three catalysts that could put Skillz back in the good graces of the market over the next 12 to 24 months.

1. Developer momentum is picking up for Skillz

The lack of high-profile games on the Skillz platform has been the loudest argument against the stock since it went public in December 2020. Indeed, the top games on Skillz are primarily "casual" games such as bingo, billiards, and cards. There is no true blockbuster on the platform yet. 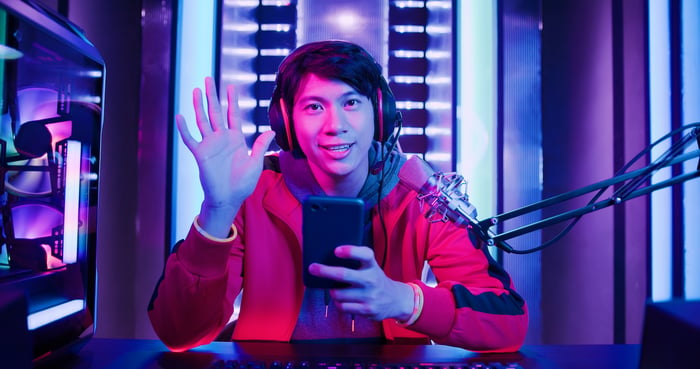 Skillz converted 19% of the players on its platform into paying users in Q2 2021, compared to 2% cited as the industry average in 2020 by Wappier, a marketing technology company. Management has spoken about its monetization rates as an incentive to lure brands and developers to partner with them to bring content to the platform.

This first showed up in the company's partnership with Play Mechanix to bring Big Buck Hunter, the platform's first first-person shooter game, to Skillz. It then struck a partnership with the NFL to hold a developer challenge that is currently ongoing and will see NFL-themed mobile games launched on Skillz next fall. Now just recently, Skillz announced that the developer of Trivia Crack, the world's most popular mobile trivia game, is coming to the platform as well.

Investors didn't like seeing Skillz's monthly active user count fall 6% year over year in its Q2 report, but this is where these upcoming catalysts matter. Skillz currently has a 2.4 million MAUs. There are hundreds of millions of NFL fans worldwide, and 150 million people play Trivia Crack each year. As these new games come out, even a small percentage of players from these brands coming over to the Skillz platform will cause significant user growth for the business.

2. An India launch is imminent

Skillz is expanding outside of North America to help grow its user base. India is the company's first new major market, and holds roughly 365 million mobile gamers, more than the entire U.S. population.

It's important to note that Alphabet currently has strict language about gaming for cash prizes on its app store, so most Skillz gamers are iOS users. Apple has about a 3% market share of mobile phones in India, so the immediate opportunity for Skillz is a user base of about 11 million.

There is a browser workaround for Android users, but if the app store rules were to loosen up, it would certainly help the adoption of Skillz games on Android phones. This will be a development for investors to keep an eye out for. Management has maintained that Skillz is on pace to launch in India by the end of 2021.

3. Real-time gaming could bring new genres to the platform

Skillz announced in early August that it had made a strategic investment and partnership with Exit Games, which owns Photon, a technology engine that enables real-time gaming for nearly 600,000 developers across the world.

Skillz can now offer real-time gaming technology to its developers through the partnership, which management expects will accelerate the arrival of real-time gaming genres on the platform, including battle royale, racing, first-person shooters, combat, and more.

This is an important step for the long-term development of content on Skillz because the most important games today, such as Fortnite and other battle royales, need real-time gaming to work. This now increases the chances that a blockbuster game could emerge on Skillz.

After hitting a high of $46 earlier this year, the stock trades at just $11 per share. Skillz trades at a price-to-sales ratio of 11.7, using management's revenue guidance for the full 2021 year of $376 million and the stock's $4.4 billion market cap.

Meeting guidance would equal 63% revenue growth over 2020, so the stock's P/S ratio seems attractive if we look ahead to the multiple opportunities to add users to the Skillz platform over the coming two years and beyond.

Skillz is a young company with a lot to prove as these catalysts come to pass, but the upside could be tremendous if the company executes well. As long as investors are willing to monitor Skillz's progress closely, the stock appears to offer a compelling risk/reward proposition to consider.