The video-streaming expert needs to quadruple its market cap to reach $1 trillion. How long could that take?

Video-streaming veteran Netflix (NFLX 8.74%) has been good to us investors so far. The stock started as a small-cap in 2002, boasting a share price of $16.75 and a market cap of $346 million on the first day of trading. Nearly two decades and two stock splits later, first-day investors are looking at a 47,200% return and a $250 billion market cap.

How much higher can this skyrocketing stock fly from here? Could Netflix earn a trillion-dollar market cap by the year 2030, for example? 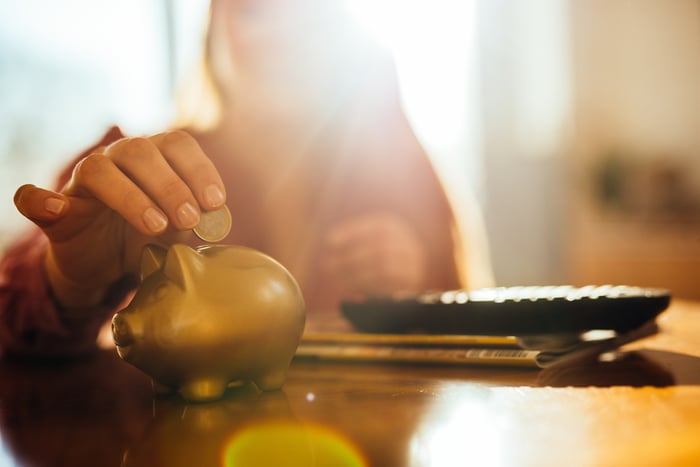 I was told there would be no math!

The math behind this long-term target is elementary: $250 billion times four equals $1 trillion. In other words, I'm looking for a 300% return in approximately nine years here. The average annual return would have to land near 17%.

That sounds doable in light of Netflix's market history. The stock has delivered a 356% return since the end of 2016, and that's a span of just five and a half years. If you bought Netflix shares nine years ago, when the stock was working through the aftermath of the then-recent Qwikster debacle, you'd have a 6,140% return today.

Then again, past performance doesn't guarantee future results. Netflix was still a bit of a shrimp in 2012, with a $3.5 billion market cap. This is a mature video-streaming business with a nearly complete global footprint and an award-winning portfolio of original content under its belt. Things were so very, very different a decade ago, when investors still worried about the financial trauma that might result from abandoning the DVD-mailer idea. It's much easier to stack large percentage returns on top of that modest mid-cap starting platform than it is to boost a $250 billion giant at a similar pace.

The basic premise behind Netflix's long-term plans is that streaming services will replace traditional TV networks on a global scale. As broadband services become more affordable and accessible to people around the world, they will generally move away from the strict timetables of linear TV broadcasts and turn their eyes to the more user-friendly experience of streaming entertainment.

Within that booming industry, Netflix is an established leader with a big first-mover advantage. The company intends to preserve that advantage for many years to come by reinvesting its cash profits into more and better content creation efforts. Of course, Netflix won't be the only game in town, even when the current plethora of streaming services starts to boil down to a smaller group of sustained winners. But I would be shocked if Netflix weren't among that handful of big winners at the end of the decade.

Furthermore, I don't expect Netflix to rest on its laurels. The target market is not strictly limited to video content, after all. The company is already planning to launch a remote gaming platform, opening the door to a whole new market and brand new revenue streams. Netflix is also exploring the podcast space, accepting pitchers from independent producers and hiring executives to manage that market. In the long run, we should see Netflix take a serious look at many other types of media. 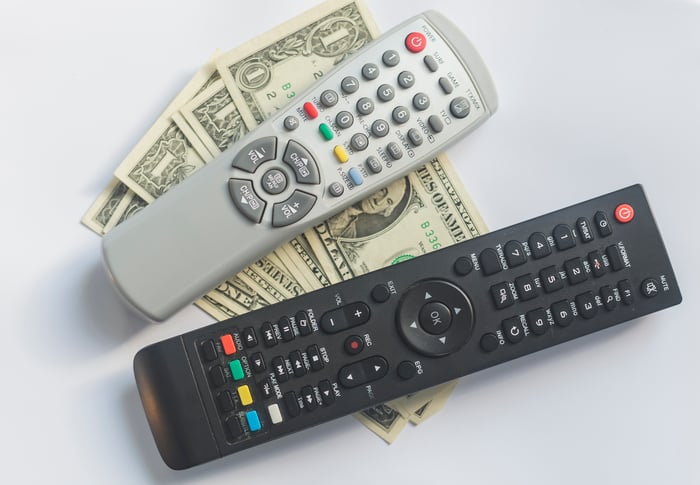 One of many paths to $1 trillion

So Netflix is staring down a massive global market for various kinds of digital entertainment. As a result, the future holds a lot of revenue growth, alongside widening profit margins.

Netflix more than tripled its revenues over the past five years. At the same time, net margin rose from 2% to 16%. Against that backdrop, Netflix is trading at a generous ratio of 59 times trailing earnings.

What if Netflix just tripled its sales over the next nine years while also doubling its bottom-line margin to approximately 32%? These goals seem reasonable to me, given the company's history of success and grand ambitions for future expansion. That surge would result in annual net profits in the neighborhood of $26.5 billion.

If Netflix could muster a price to earnings ratio of 38 at that point, we'd have that elusive trillion-dollar market cap in hand. And as I said a minute ago, I think these growth assumptions are on the low end of what Netflix can achieve in the real world.

Either way, this is a great long-term investment

Many things could go wrong along the way, and I don't think you should bet the farm that Netflix's market cap will reach a trillion dollars by 2030. On the other hand, it's a perfectly sensible long-term target, and Netflix strikes me as the kind of stock you might want to own for many decades to come. Whether Netflix clears the trillion-dollar mark in nine years or not, it's a fantastic long-term holding for patient investors.