Meme stocks like AMC Entertainment Holdings (AMC -2.14%) have been trading more on what people are saying than what the business is doing for several months now. Those people have typically been users of Reddit and other social media forums. Today, AMC shares might be trading more on what an analyst just said. The stock dropped more than 4% early Wednesday, and remained down about 3% as of 11:20 a.m. EDT.

What may be impacting investor confidence in AMC today was an analyst downgrade with the prediction of more than an 80% plunge in the share price. Analyst Chad Beynon from investment firm Macquarie Group based his research on underlying business fundamentals, which may be something the meme stock investors will eventually begin paying attention to as well. 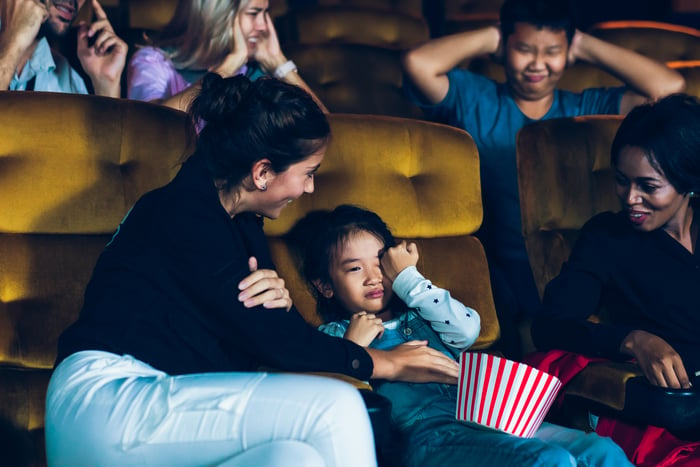 Beynon downgraded the stock to the equivalent of a sell rating, warning that a slow recovery in the movie theater business will move the stock down, according to a summary of his note by CNBC.

The main point made by the analyst was that moviegoers have been very slow to return. He pointed out that "the bottom line is that recent weekly revs are still down 30%+ vs '19 comparable period, while most out of home entertainment options have recovered much faster."

The firm has a price target of $6 for the stock, which represents an almost 90% decline from Tuesday's closing price. Beynon added that other difficulties for the company include high fixed costs such as rent obligations and high leverage. The company has about $5.5 billion in debt after raising capital to withstand impacts from the pandemic.

Opinions on the meme stock vary, and some believe that between the start of a recovery and the current economic outlook, AMC's theater business may be on a positive path forward. But a look at the underlying fundamentals may be sobering information for true investors in the business.