A nearly 10% move in the stock over the past week comes as the launch of its first trucks nears.

Nikola (NKLA 9.62%) stock is continuing on its recent win streak Wednesday having gained almost 10% in the last five trading days. Today, Nikola shares jumped as much as 5.8% before trimming those gains to 3.3% as of 3:05 p.m. EDT.

The electric semi truck start-up plans to launch its first battery electric vehicle in the next several months, to be followed by hydrogen fuel cell vehicles. The company has been growing its national dealer network in anticipation of the launches, and announced another new partnership today. 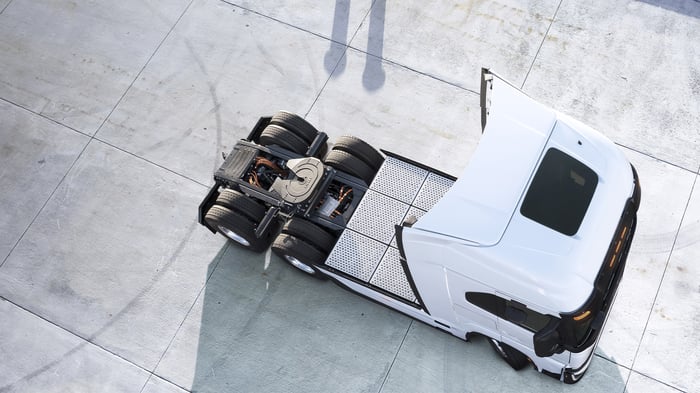 Quinn offers Nikola customers a sales and service provider covering the southern and central California regions. Nikola has previously announced its dealer network has locations in the Northeastern U.S., as well as through an additional five independent dealers across nine states.

Shares in the company are also likely getting a tailwind from the potential passage of a new infrastructure bill that, in its current form, has investments allocated to renewable energy and electric vehicle growth. In addition to its vehicles, Nikola plans to grow hydrogen fuel infrastructure and has invested $50 million in a clean hydrogen project in the Midwest to support its planned trucking operations in the area.

With this speculative stock down 30% since the start of 2021, some aggressive investors seem to feel it may be a good time to add shares as the launch of Nikola's operating business looks to be closer.