A top marijuana stock and an unstoppable streaming stock could generate wealth-building portfolio returns for many years to come.

When you invest with a buy-and-hold perspective, it's easier to avoid the latest fads and instead focus on quality companies with true staying power. There's no special secret to building wealth through the stock market. Instead, it's about investing in great companies throughout the market's ups and downs and letting your portfolio build up returns over years.

If you're on the hunt for fresh stock buys to add to your portfolio this month, you've come to the right place. Here are two companies that could be true game changers for a long-term investor's portfolio and generate many years of notable returns. 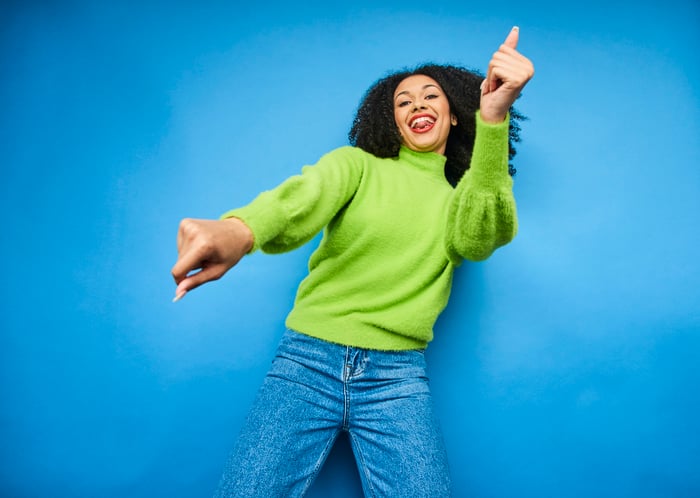 Few industries are as hot to invest in as marijuana stocks. While not all companies in this sector are golden eggs, some definitely stand out from the pack. GrowGeneration (GRWG -6.43%) is absolutely such a stock.

The company is the biggest hydroponics supplier in the U.S. It sells the essentials to cultivate and harvest marijuana, including greenhouse accessories, harvest machines, grow lights, and water filtration and treatment systems,

And with 60 locations in states including Washington, California, Colorado, Maine, and Massachusetts, GrowGeneration does it on a large scale.

The company is also expanding very quickly. In August alone, management announced the purchase of a hydroponic retailer in Santa Clarita, California (its 22nd location in the state), and a hydroponic garden center with a 25,000-square-foot warehouse in the State of Washington.

GrowGeneration's financials keep getting better quarter after quarter. Its second-quarter revenue jumped 190% year over year, while net income popped 161%. It also reported an adjusted EBITDA increase of 229% year over year.

In addition to its in-store presence, the company is also expanding its e-commerce business. This was particularly evident in the second quarter, when management said that e-commerce revenue increased 264% year over year.

Although shares of the company are down year to date, it's still trading about 95% higher than just 12 months ago. And with Wall Street estimates giving the stock upside potential of about 90%, now looks like a great time to buy on the dip.

Netflix (NFLX 3.14%) had a banner year in 2020. With so many people stuck at home due to lockdowns and pandemic-related closures, it experienced record membership growth and soaring profits.

Its 2020, revenue had a 24% spike from 2019, and its net income jumped 48% year over year. Netflix also added 37 million new members to its platform during the 12-month period, closing the year with a paid member base of more than 200 million individuals.

Although membership growth has slowed somewhat in 2021, Netflix has still reported double-digit revenue increases in both quarters. Its net income also popped by more than 140% in the first quarter and nearly 90% in the second from the year-ago periods. All the while, it continues to add to its slate of existing content of old favorites, original titles, and popular franchises.

For example, Netflix had some massive hits in the first quarter, including Lupin and Who Killed Sara? These two shows alone drew 76 million and 55 million members, respectively, in roughly the first month of streaming.

Competition continues to heat up in the global video streaming market, but Netflix still controls the biggest piece of that pie. The global market is predicted to hit a valuation of more than $840 billion as soon as 2027.

Over the past five years alone, shares of the streaming stock have risen by close to 500%. Even so, analysts have given Netflix a price target of -- wait for it -- 72% higher. In short, if you're worried that it has exhausted its upside potential, it's fair to say the stock has plenty of room left to soar. Long-term shareholders can come along for the ride skyward.

2 Bad Robinhood Stocks You Should Avoid

3 Stocks to Buy During the Coronavirus Pandemic
363%