New markets, new products, and the digitization of emerging economies should fuel this rising star for the next decade.

It has been a stunning rise for Sea Limited (SE 7.58%), the emerging gaming, e-commerce, and digital finance giant based in Singapore. Just how stunning? Well, shares went public on the New York Stock Exchange in late 2017 at a market cap of a little under $5 billion. Fast-forward to today and we see Sea's market cap just reached $180 billion, good for a 3,500% return in not quite four years.

But with that much propulsion, does anyone think Sea will really be content with a $200 billion market cap? Not likely. Management more likely has its sights set on attaining a $1 trillion market cap. Previously, that milestone has only been achieved by a half-dozen or so of the top companies in the world.

And indications are that Sea could very well hit that mark. Here's how. 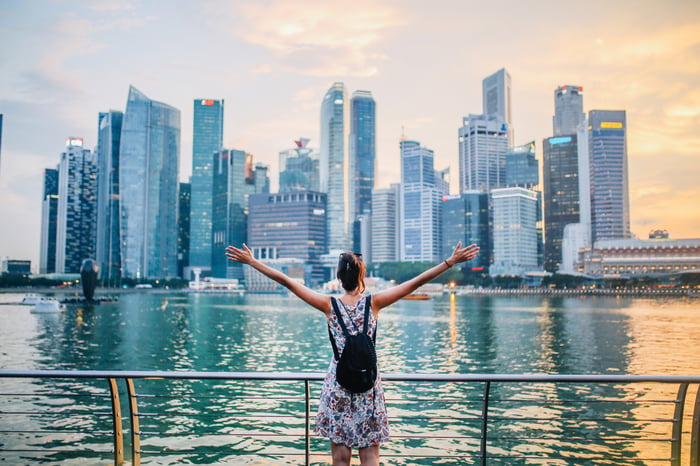 Sea's rise can be attributed to a combination of terrific execution and terrific luck -- but mostly execution. Yes, on the luck side of the equation, the rise of e-commerce and digital payments accelerated by the pandemic contributed to Sea's success, not to mention increased engagement with its hit Free Fire game platform by people stuck at home.

However, skill and execution had much more to do with it. After all, there are lots of video game companies out there, but how many release a massive hit their first time out of the gate? Last quarter, Free Fire hit some impressive milestones. Originally released in late 2017, the game garnered 725 million quarterly users last quarter, up 45% even over the tough comparables in the pandemic year of 2020. Paying users grew at nearly double that rate, at 85%, improving the paying-user percentage from 10% last year to 12.7% last quarter. The game reached over 1 billion cumulative downloads from Alphabet's Google Play store, and it was the highest-grossing game across Southeast Asia, India, and Latin America in the second quarter.

The gaming segment, called Garena, saw revenue up 166.8% year over year and bookings up 64.8% last quarter, and its high EBITDA (earnings before interest, taxes, depreciation, and amortization) margins have allowed Sea to invest in its Shopee e-commerce and SeaMoney digital finance platforms.

For its part, Shopee continued to shine, with quarterly revenue up 160.7% year over year. While Shopee still produces hefty losses, revenue outpaced growth in gross merchandise value (GMV), showing Shopee is still under-monetized and has the ability to raise take rates. Adjusted EBITDA loss per order declined from $0.51 a year ago to $0.41. In its core market of Southeast Asia, Shopee has become the No. 1 e-commerce app across all countries in terms of users and time spent. This is in spite of its late entry into e-commerce, which only began in earnest in 2015. Since then, Shopee has managed to overtake established competitors such as Lazada Group and Tokopedia, both of which are backed by Alibaba (BABA 9.64%) and have been in operation longer.

The countries of Southeast Asia are diverse, so the fact that Sea's Shopee e-commerce platform is ranked first across the region and has overtaken competitors suggests that its strategy is working and that it could translate to other markets.

Finally, Sea's digital finance arm, while smaller, appears to be taking off. Total payment volume surged 150% to $4.1 billion last quarter as Sea's digital wallet has become more and more of the go-to app for customers in the region. Notably, Sea's management pointed out on the earnings conference call with analysts that at least 1 million young Malaysians, out of 1.7 million applicants, chose to receive their eBelia payments from the government via Sea digital wallets (eBelia is a Malaysian government program that encourages citizens to switch to all cashless transactions). Moreover, Sea is establishing more off-platform ways to use SeaMoney, including a recent partnership with Mastercard that will allow customers to use SeaMoney at over 200,000 offline locations in the region.

While SeaMoney is small today, remember that the growth of MercadoLibre (MELI 4.69%) has been attributed, in large part, to its MercadoPago digital payments platform, which has grown as large as its e-commerce platform, due in no small part to the expansion of off-platform use cases. 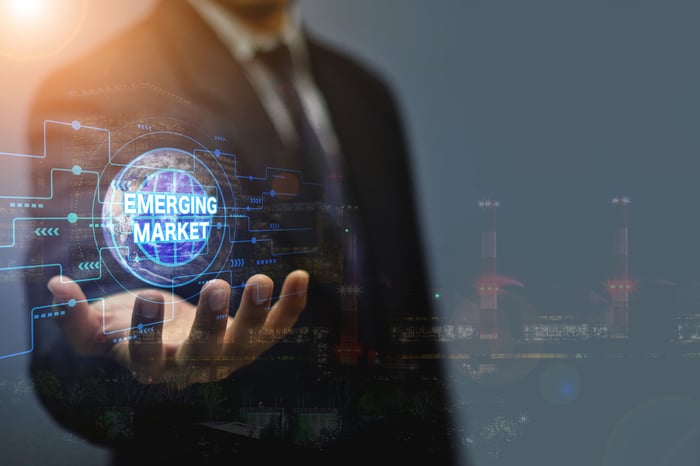 New markets could pave the way to $1 trillion

While Sea has continued to win in its home markets of Southeast Asia, the thing that could propel it toward a $1 trillion valuation would be Shopee penetrating more markets outside Southeast Asia -- specifically, Latin America and India. Those are two places where Free Fire is a hit, and each could provide an easy entry.

Related to this, Sea divulged more information on its Latin American operations last quarter, which began with an entry into Brazil in 2019. A year and a half later, Shopee was first in downloads in the shopping category in the country and had the second-most overall users. While Brazil seems to be getting traction now, Sea also set up operations in Mexico, Chile, and Colombia just this year, so more good news could be coming from the region.

Additionally, Shopee set foot for the first time last week in India -- another huge country with a fast-growing gross domestic product (GDP), and where Free Fire is a success. Sea just launched a recruitment campaign for merchants in India and has begun to hire personnel. Unsurprisingly, Sea's stock price spiked on the news.

Though it has a huge population of 1.3 billion -- nearly as large as China's -- India has a digital economy that's still considerably underdeveloped, with fewer than 3% of retail transactions happening online. That's compared with 15% in the U.S., and a whopping 45% e-commerce penetration in China last year, according to eMarketer. Needless to say, e-commerce generally should see tremendous growth in India over the next decade and beyond.

When you look at Sea's new markets, their combined populations and GDPs compare pretty well with China's:

As you can see, Sea is now in regions with a combined population roughly twice that of China's; however, as these countries are less-developed, their combined GDP is still about 30% lower than China's. However, the Southeast Asian, Latin American, and Indian markets are likely to grow their digital economies much faster than the more mature China -- likely with the help of Sea's investment and ingenuity.

Given that Chinese giants Alibaba and Tencent Holdings (TCEHY 3.96%) were closing in on trillion-dollar market caps before the Chinese Communist Party unleashed its harsh regulatory campaign this year, it's not a stretch to suggest that Sea could eventually reach that trillion-dollar mark sometime in the next decade -- especially since its operations resemble an Alibaba-Tencent combo, and its combined market opportunity now encompasses almost twice the population of China.

So even though its stock looks expensive today, Sea's opportunity remains vast.