A proprietary, technology-based platform is attracting consumers and providers.

National healthcare expenditures are rising rapidly in the U.S., driven primarily by hospital, Medicare, and prescription drug costs. All told, this spending rose 4.6% in 2019 and is expected to grow 5.4% annually through 2028.

In an effort to curb costs, new companies are combining technology with services to offer consumers alternative health plans, including Medicare Advantage options. Bright Health Group (BHG -4.83%) is one of these companies and it has big plans for growth. In fact, its latest announcement of a larger footprint may be just enough to disrupt larger healthcare competitors. 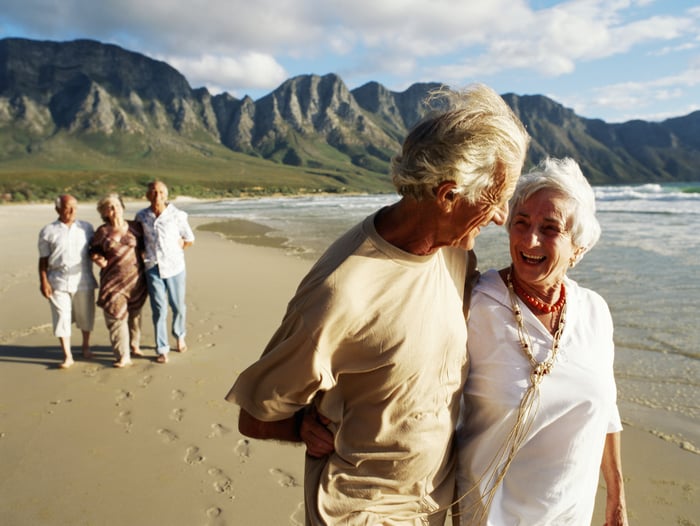 At the helm of Bright Health is co-founder and CEO Bob Sheehy, who before starting the company was CEO of UnitedHealth Group for 20 years, during which time he helped lead the growth of what is now a behemoth of the healthcare industry.

Started as a venture-backed private company in 2016, Bright Health aimed initially to sell insurance plans in just one state in 2017 with the goal to be in three to five states within five years. But by July 2018, the company had expanded into six states -- and a year later doubled that size.

In April 2021 as the pandemic continued, the company acquired Zipnosis, bolstering its offerings to provide telehealth services for those patients who might not be excited to return to in-person medical visits. At the time, Bright Health had grown its operations into 13 states.

The company went public in June and has recently announced plans to expand into 42 new markets in 2022, bringing its total penetration to 17 states and its total potential member size to 16.5 million. All tallied, the company will have gone from one state to 17 by its fifth year and from one market to 141 in that same time period. That's impressive growth.

The plan for growth really can't come soon enough as competition in healthcare doesn't just come from larger companies, such as UnitedHealth. In Medicare, for instance, the company faces competition from such up-and-comers as Oscar Health (OSCR -3.09%) and Clover Health (CLOV 2.26%).

Oscar Health has experienced struggles early on with investors, seeing its stock price drop from $35 to $13 since its initial public offering in March. Clover, which for a short time this year was hyped on retail trader sites such as Reddit's WallStreetBets forum, saw its stock price spike to $28 during that brief stint in the spotlight before dropping to around $8 per share.

However, times may be improving for Oscar. The company reported good results following its first full quarter as a public company and could be a bargain hunter's dream if the end of 2021 sees continued positive growth. The original price targets set by analysts at Cowen Group, Goldman Sachs, and Credit Suisse Group ranged between $29 to $44 when they initiated coverage. That would amount to a hefty potential premium to the stock's current $15 price tag.

The second quarter also brought good news to Bright Health shareholders. Revenue is up 275% year over year for the quarter, breaking through the $1 billion level. That was driven by NeueHealth managed care, which has seen patient numbers climb over 700% to 170,000 since the second quarter of 2020 due to the success of its 44 primary care clinics. In addition, membership in its insurance plans grew 200% to over 660,000.

For all of 2021, the company projects revenue of $4.0 billion to $4.2 billion. But along with growing revenue, the company has experienced a growing net loss -- equal to twice that of last year -- for the second quarter, driven primarily by increased costs associated with entering new markets and unexpected marketing and selling expenses. The net loss is a bit of a concern. However, it can be considered the growing pains of entering new markets which should in turn lead to new and growing revenue. And given the company's 275% quarterly growth in revenue during the second quarter, it is reasonable that the loss will soon stabilize and turn toward positive ground.

Considering the company's plans to enter 42 new markets, investors will want to keep an eye on how the bottom line is impacted in the third quarter, which will be reported on Nov. 1.

Bright Health could offer an intriguing opportunity for investors who wish to get in early on a growing company in the robust health insurance market, which is projected to grow at a compound annual rate of 9.7% over the next seven years. For those who can withstand a bit of shaky ground, the reward may far outweigh the risk.

The 12-month average price target from nine analysts covering Bright Health Group is $18, the same as its June IPO price -- and an 80% premium to the current price of just under $10.

Why Bright Health Group's Shares Are Up 29.5% This Week