Investors are realizing this company will face more competition in the future than it has in the past.

Shares of streaming video technology company Roku (ROKU -0.76%) are lower by 4.7% in Thursday's late trading action, although not on any particular news. The pullback is a reflection of broader concern that the streaming market is becoming very, very crowded.

Seriously, don't look for a specific reason Roku is in the red today. You won't find one. Rather, take a step back and look at the entire streaming landscape. It's changed dramatically in just the past few months in ways that don't particularly favor this company. 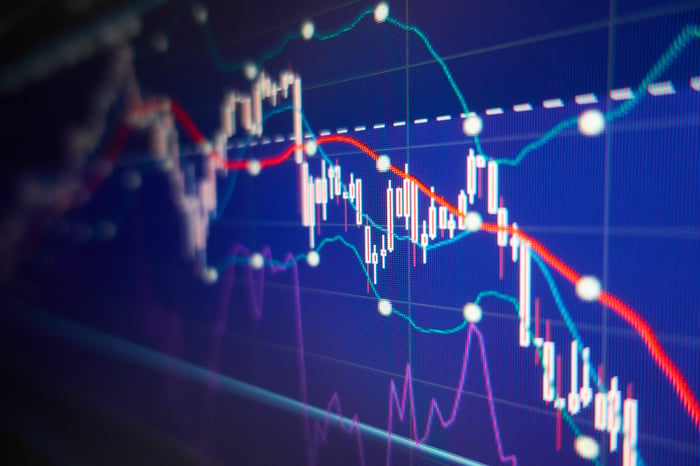 Case in point: Vizio recently added the HBO Max app to its built-in suite of streaming services offered through its SmartCast TVs, sidestepping consumers' need for a Roku device or a Roku TV. Just a few days ago, Vizio also announced it had secured more than $100 million worth of advertising commitments for its own ad-supported content platform called WatchFree+.

And that's just a small sampling of the streaming industry's most recent evolutions.

It's difficult to draw firm conclusions about a stock based on one day's action. It's possible much of Thursday's exaggerated weakness stems from Wednesday's above-average advance from Roku shares.

When one takes a step back and looks at this stock's relative weakness since January, though, it's easier to put today's selling in context. Roku isn't the market darling it was just a few months ago now that the streaming market is becoming more -- not less -- fragmented. Roku's sky-high valuation of more than 200 times next year's projected earnings of $1.64 per share only makes any sustained gains tougher to muster from here.

Roku's established its place as a fixture of the streaming market. Investors are falling out of love with the stock, though, and that makes it tough to own until a clear capitulation has been made.