The company lowered the price of its popular bike by $400.

Exercise equipment maker Peloton Interactive (PTON 8.48%) is picking up speed in its growth ambitions. The company experienced surging demand when folks were cooped up at home during the pandemic. As economies reopen, the company is still growing sales, but not at the frenzied pace it did during lockdowns.

Now management wants to make its products and services available to even more people. By cutting the price of its original bike, management is hoping to attract a wider market. It's a time-tested economic formula: When the price of a product decreases, more units usually get sold. 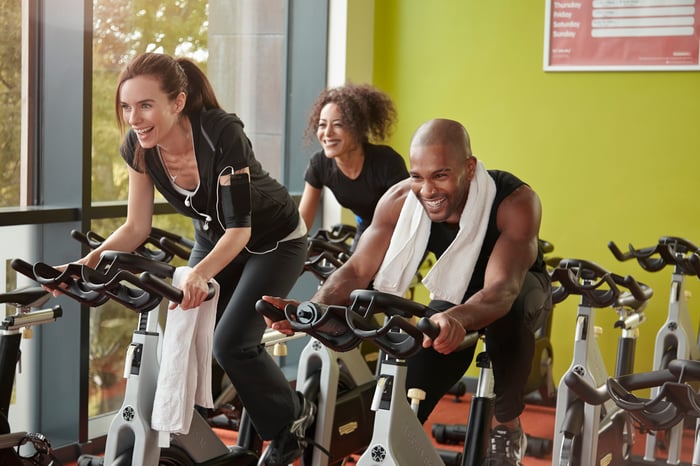 In its fourth-quarter earnings release, Peloton announced it would reduce its original bike price by $400 to $1,495. The product is still not cheap, but that's a major price cut. The bike was already one of its most popular products, and the 20% reduction in price is likely to see it adopted by more households. For the decision to be revenue-neutral, the company will have to sell about 27% more bikes at the new, lower price.

Peloton is certainly preparing to sell more units by increasing its manufacturing capacity. It recently acquired Precor, an exercise equipment manufacturing company with facilities in the U.S., for $420 million.

And on May 24, Peloton announced plans to build its own U.S. factory. The facility will help its growth ambitions by adding capacity, lowering costs through automation, and accelerating its ability to take an idea to a product that is available for sale. The company expects bikes and other items to start rolling off the factory floor in 2023.

With additional capacity and a lower price on a popular product, management wants to get the word out to consumers. Indeed, the company boosted spending on sales and marketing by 172% to $229 million in the most recent quarter. This is in comparison to last year when the company substantially reduced advertising because it didn't have the supply to meet surging demand. Still, nearly tripling spending in the category is a big increase.

The market did not react kindly to the way Peloton's increased spending affected its profit margins. The company generated a net loss of $313 million for the latest quarter ended June 30 after earning a net profit of $89 million the year before. Not all of the difference is attributable to the price cut and higher marketing costs. Some of the loss is due to a product issue. After several accidents on its Tread machines, Peloton issued a recall, and the costs associated with that decision were higher than expected.

That could be another reason investors were not pleased with management's decisions to accelerate growth. Peloton may be expanding too quickly, perhaps rushing products to market without enough quality control. Especially after a safety issue with a product, investors may have preferred Peloton to slow down and make sure it gets things right.

The stock is down 34% for the year and is trading at a forward price-to-sales ratio of 5.7, less than half of the nearly 12 it was trading at earlier in the year. What's more, Peloton is making an expansion push in the middle of an economic reopening. The combination of those two factors -- and the ensuing volatility in sales and profits that could follow -- may present investors with opportunities to buy this stock at a bargain. Be sure to put Peloton on your watch list.