Apple is allowing Spotify to bypass the App Store, which could be a boon to earnings long-term.

Late on Wednesday, Apple (AAPL -1.38%) announced changes to its app store policy that could have a big impact on Spotify's (SPOT 0.74%) bottom line. Apple said it would allow "reader" apps like Spotify to link to a website to create an account and set up payment. Previously, linking to signup outside of Apple's ecosystem, which comes with a 30% fee for any payments, was not allowed.

A single link may not sound like a big deal, but the economic impact on Spotify could be huge. The company can now begin to steer listeners to its website to sign up for services, saving a huge amount in fees. And this could make Spotify stock an even better growth stock for investors. 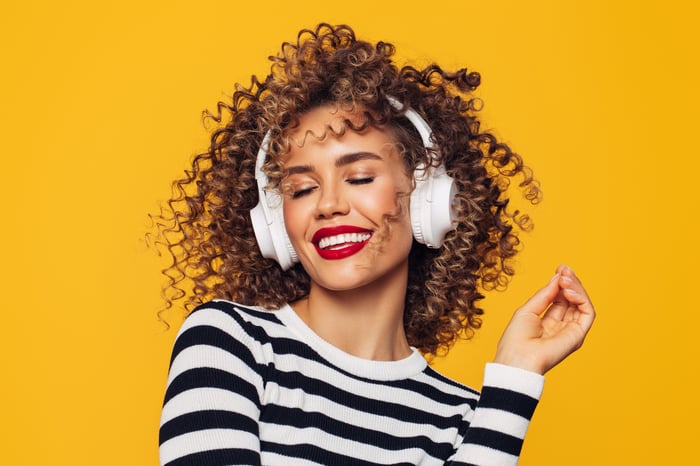 Spotify is what's known as a "reader" app, which essentially means the app reads content that is purchased or subscribed to, rather than selling a digital good, like a skin in a video game. The problem for Spotify is that it was barred from even providing a link to a payment system outside of Apple's ecosystem from within the app. That means if you signed up for Spotify on your iPhone, Spotify had to pay Apple's 30% App Store fee. If you signed up on Spotify's website, the fee wouldn't apply and you could sign into the app with credentials created online, but for a mobile-first app this is a poor user experience.

The conflict of interest is that Apple also provides music and podcasts, just like Spotify, but doesn't have to pay a 30% fee to a third party. The mandate of the fee and the inability of companies like Spotify to even offer an alternative payment method has become a source of contention legally for Apple. In the U.S., legislators are proposing laws that could limit the power of app stores, and the Japan Fair Trade Commission (JFTC) had begun an investigation against Apple.

It's this Japanese investigation that caused Apple to soften some of its App Store rules. When announcing a policy update that will close the JFTC investigation, Apple described changes like this:

The update will allow developers of "reader" apps to include an in-app link to their website for users to set up or manage an account. While the agreement was made with the JFTC, Apple will apply this change globally to all reader apps on the store. Reader apps provide previously purchased content or content subscriptions for digital magazines, newspapers, books, audio, music, and video.

The impact on Spotify

We don't know exactly how much Spotify pays to Apple for signups done within iOS apps, but the company has been vocal enough against Apple's policies that it's fair to assume the number isn't trivial.

I think it's worthwhile to look at just how impactful bypassing Apple's fee could be for Spotify. Here's what the 30% fee looks like on premium subscriptions and a $5 podcast subscription.

Source: Spotify. Calculations by the author.

This is what the economics look like for payments processed through Apple. Below is what they would look like through standard Stripe processing fees of 2.9% plus $0.30 per charge (likely a high estimate given Spotify's volume).

Under these examples, Spotify would generate 34% more revenue per premium subscriber and 30% more per podcast subscription just using its own payment method instead of Apple's. Long-term, this could have a huge impact on Spotify's revenue and margins.

Spotify should get a margin boost

You can see in the chart below that Spotify is very near breakeven, so even a small increase in margins could tip it to profitability. And remember that any increase in net revenue, because customers are signing up on Spotify's site rather than through the App Store, will be at an extremely high margin. 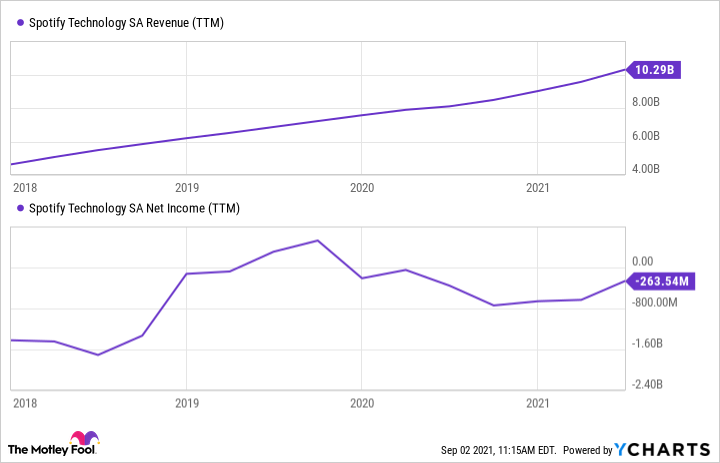 If Spotify can induce users to sign up and pay through its website rather than through the Apple App Store, it could have a huge impact on the company's bottom line. This may seem like a small move by Apple, but it could be big news for Spotify long-term.