Please ensure Javascript is enabled for purposes of website accessibility
Log In Help Join The Motley Fool
Free Article Join Over 1 Million Premium Members And Get More In-Depth Stock Guidance and Research
By Sushree Mohanty – Sep 5, 2021 at 7:19AM

I am bullish on the marijuana industry, but this pot stock should be avoided.

Ever since the coronavirus pandemic hit, the cannabis industry has been on fire. Marijuana sales got a boost amid lockdowns both in Canada and the U.S., and continued expansion of state legalization acted as an added benefit to rising U.S. sales.

Canada, however, has faced many external headwinds, including regulatory hurdles, a lack of legal stores, black-market sales cutting into traffic, and more. Despite a surge in pot sales across the country, Canadian producer Aurora Cannabis (ACB -0.75%) has failed to take advantage. The company sells medical and recreational products in the Great White North, and I fear its less-than-desirable performance so far this year is unlikely to improve anytime soon. 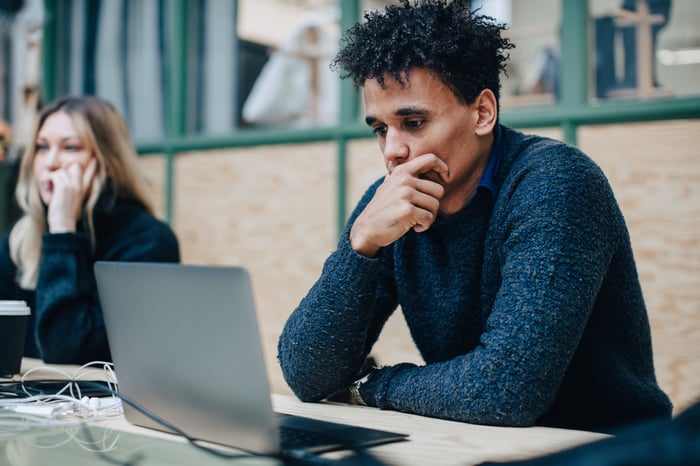 My viewpoint is hardly surprising, given that Aurora Cannabis has been repeatedly disappointing investors since 2020. Its failure to grow revenue and achieve positive earnings before interest, taxes, depreciation, and amortization (EBITDA) is hard to ignore. And while this is to some extent an industry issue -- peer Canopy Growth is also not EBITDA-positive yet -- the latter company is making a big effort to get there. Meanwhile, Aurora is failing to cut its expenses and continues to excessively dilute its stock to raise cash.

That dilution did boost its cash position; the company noted that at the end of the third quarter (ended March 31), it had 525 million Canadian dollars in cash and CA$90 million of outstanding term debt. And in May, Aurora announced its new plan of selling up to $300 million worth of its common shares in an at-the-market offering.

In the Q3 earnings call, management said they expect to clear off this debt over the coming months through cash they plan to obtain from "non-dilutive cash inflows from non-core asset sales and grants." That said, too much share dilution is usually a sign a company is failing to raise capital through any other means, which usually doesn't sit well with investors.

Meanwhile, for the same quarter ended March 31, peer Canopy Growth saw a 30% jump in medical cannabis sales to CA$75 million.  It did manage to reduce its EBITDA losses significantly, to CA$24 million from CA$49 million in the year-ago period, but don't get too excited -- that's still not a sign that the company is recovering. Management does claim that the company will be EBITDA-positive in the next 18 months. But it has been promising the same since the fourth quarter of fiscal 2019 and has failed repetitively. In fact, losses have kept mounting thereafter.

Through various cost-cutting strategies under its facility rationalization plan announced last year, the company has realized cost savings of CA$300 million. Aurora hopes to generate another CA$60 million to CA$80 million in annual savings over the next 18 months. These targets still seem far-fetched given Aurora's history of consistently missing its targets and lacking any clear plan for the future.

Aurora Cannabis needs to step up its game

On July 15, Aurora delivered a single cannabis shipment worth CA$8 million to Israel.  The company has a strategic supply agreement with Israel-based Cantek Global and intends to supply a minimum of 4,000 kg of bulk dried flower annually. This falls under its strategy to enhance its medical cannabis portfolio in key international markets, according to management. Israel has stricter border controls that keep the black market in check, so its strong medical cannabis market could serve as a good opportunity for Aurora.

Aurora Cannabis is estimated to report its fourth-quarter earnings on Sept. 23. We will know more of its plans for 2021 then, though I do not have much hope for this company, at least this year. It could take two to three years minimum for the company to start seeing some noticeable growth in its revenue numbers and become profitable.

Aurora also has failed to acquire a deep-pocketed partner, which peers Canopy Growth and Cronos Group have both managed to do. U.S. beverage giant Constellation Brands has a large investment in Canopy, while tobacco company Altria Group holds a stake in Cronos. Such financial support could have helped with regulating costs and expanding in the U.S. cannabis market, and its lack is making it difficult for the company to introduce more derivatives (vapes, edibles, beverages, and more). Aurora launched a few cannabis-infused edibles and some vape products in December 2019, but since then the company has made no progress with these products.

That's unfortunate since these high-margin derivatives can help Aurora lift its revenue and achieve profitability. Estimates show the cannabis derivatives market could be worth CA$2 billion annually, but Aurora is missing out on this opportunity.

There are better options

The rapidly expanding U.S. cannabis market is also a long shot for Aurora. Even if federal legalization happens anytime soon, the company is not financially stable enough to expand in the blazing U.S. market.

Most of the domestic players -- like Trulieve Cannabis, Cresco Labs, and Green Thumb Industries -- have already established a strong footing, making them tough competition for Aurora.

These multistate operators are better cannabis picks right now for the long term. An investment as low as $1,000 in these stocks now could grow to a considerable amount 10 years down the line.

That said, for investors who still want to invest in Canadian stocks, Tilray -- a stronger, profitable company since its merger with Aphria, boasting better financials, a strong balance sheet, growing revenues, and exciting growth opportunities -- is a much better option. So far this year, Aurora's shares have fallen 14% while Tilray's stock has gained 64%, compared to the industry benchmark, the Horizons Marijuana Life Sciences ETF, which has gained 9%.

Wall Street analysts expect Aurora to fall by 6% over the next 12 months. Until Aurora shows some strong growth numbers, I would advise you to steer clear of this cannabis stock.